Usually done at the country level – indexed by grantee, grantor, and by tract

Some claims are not recorded – adverse possession

There is no way to do a perfect search – was it delivered, was it properly recorded, etc.?

Title companies have their own title plants – include tract indexes

Adverse possession is another risk you face

Attorney identified the last name as Elliot instead of Elliott.

You do have to check diminutive names – Joe, Liz, Jon, etc.

It is a security interest in the property

Title company says they were only providing a policy, not a search so the information was only for them

They also handles the closing – do they have a duty to get the price right?

Do you have to look at previous owner’s title even before they acquired the property?

Most jurisdictions say no, some say it is effective as long as a reasonable search would find it

Do you have to look at prior ownership even after they have already deeded it out?

Most jurisdictions say no – there is no constructive notice

Subdivision – deed or map should list any restrictive covenants

Inquiry notice – all the other houses are singe-family dwellings

Must show that it was unreasonable and intentional (the act, not intent to cause a nuisance)

Statutes deal with these issues much more effectively

Provides for advance notice and planning

Permanent damages – economic loss for both the present and the future

Departs from the rule that they should not balance equities

Owners essentially have to sell their rights against pollution

Usually first in time matters – it determines what is reasonable

Can have a partial injunction – control the nuisance in these ways 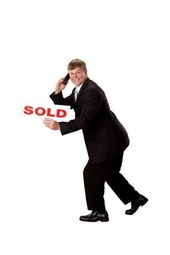