Could You Live in a Teepee in Northern Arizona?

It can be done; I've seen teepees in harsh North Dakota winters so our mild eight weeks of winter would be easy.  Modern teepees of all sizes and prices are now available.

The basic elements of a teepee are cover, liner, ozan (an interior drop ceiling), and poles.  The poles form the framework that supports the cover and

provides a lattice from which the liner and ozan are hung.  The teepee liner hangs against the inside of the poles and seals the bottom. The liner makes a double wall and creates a chimney effect. Arizona land over 10 acres which would be great for a teepee.

Could You Live in a Teepee in Northern Arizona?  Why Not?  A teepee may be heated with an open fire or a wood stove.  In hot weather, the smoke flaps are left open and the bottom of the teepee cover is rolled up

(either all the way around or just on one side). Even the most gentle breeze creates a nice cooling effect. Teepees as alternative rural cabins in Norrthern Arizona are worth looking into.

Could You Live in a Teepee in Northern Arizona?

Judith, I am gonna say no.  Looks interesting, but no.  Now, do you sell teepees that are on their own land?  Inquiring minds.....

Jean, I don't.  Mostly I sell parcels of land but there are lots of people trying different kinds of things in that area and I just wanted to know more about all these options I keep seeing.  So of course I had to blog about it.  thanks for your comment.

If the price is right, sure I could.  I've tent camped for a month at a time and it was not difficult at all.

Wouldn't this be a fun idea to put on vacation property, Lenn?  There is a company selling used teepees, yurts, tents, etc at tinyhouselistings.com.  Perfect to put on these cool rural Arizona properties i'm selling. 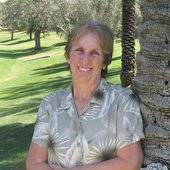