Over the past several days I have posted about a Federal Housing Lawsuit brought against me alleging that I listed a condo, and in that listing had violated Fair Housing Laws, by putting the following language into the listing: “Adults Only, No Children Under 16 Allowed.” As my two former posts show, I was not the listing agent, and I have never discriminated against anybody.

Both of these post received national attention, and yesterday I was contacted by Laurie Janik, Chief Legal Council at the National Association of Realtors (NAR).

A couple of hours later, Laurie Janik posted the following on the NAR Facebook Page.

“”It is most unfortunate that Jeff Launiere was named as one of the defendants in this suit (filed last November). After reading the complaint, I believe that the plaintiff thought that she was suing the listing agent. The listing agent is affiliated with the same brokerage as Mr. Launiere, which may be why the brokerage believed it would be best to settle the litigation. Those of you who display public remarks authored by listing agents on your IDX websites should determine whether your MLS utilizes screening technology to avoid the publication of statements such as “no children”. If it does not, the MLS might want to consider deleting the remarks field from the IDX feed. For anyone involved in litigation such as this case, a defense exists under the Communications Decency Act of 1996 to protect those of you who merely publish content provided by others, as is the case with IDX feeds. We have never seen a case in which this Act has been applied to an IDX display, but the Act has been found by the courts to provide protection against fair housing claims brought against sites such as Craigslist and Roommate.com.”

A bit later there was a new post by Laurie Janik, stating that the lawsuit against me had been dismissed. As I had received over 1,500 emails, and the phone never stopped ringing all weekend, but especially yesterday, I checked my voice mails and found the message from her, sharing this great news.

I will forever be grateful to all involved, starting with Brian Stevens and Frank Garay from The National Real Estate Post who did an entire video segment about the lawsuit. Incredibly the video has received 17772 views at this time.

I also want to thank ActiveRain for putting both posts on their featured posts page, bringing this attention to many thousands of Realtors and to many others not involved in Real Estate.

I want to personally send out a big thanks to Ann Cummings and Jim Lee, Realtors with Remax By The Bay, in Portsmouth, NH who contacted a Past President of NAR, which resulted in Laurie Janik, Chief Legal Counsel of the NAR to contact me. Thank you Ann and Jim.

Finally, I wish I could name each person who contacted me by email, phone, or by commented in the blog posts. And to the exceptionally large numbers of people who offered to contribute to a legal defense fund, you all gave me such added faith in the goodness of people and our country. Please accept my thanks. I wish I could thank everyone of you in person. Just know that I am humbled and forever grateful.

PS... Congrats Jeff!  I was so dismayed to see what was happening to you.

Congrats, Jeff.  Its never fun to be on the wrong end of a lawsuit, justified or not.  You did an excellent job educating us all about the perils of IDX feeds.

A million people, and their families, just breathed a sigh of relief. I'm so happy for you!

Congrats to you CASE DROPPED YAHOOOOOOOOO!!!!!!

Keep #116's / #117 card infomation.  Sounds like a good source for all thing legal and real estate.  That was a great comment and I know it's after the fact, but keep his name handy!!

Congratulatios Jeff! I found this incident appalling and incredible on so many levels. First that such a frivelous lawsuit was brought against you in the first place, Second that your broker didn't back you up and even encouraged you to settle. Third that it took so long to resolve. Happy that it got to the correct set of ears who knew how to handle the situation and set things straight. The allegedly offending listing agent owes you a LOT MORE than a beer!

Jeff, I am so glad this case was dismissed.  You certainly got our attention on the topic of Fair Housing Laws.

glad to see that it all worked out for you ... you also posted a very useful paragraph for us all to keep on file because this could happen to any one of us ....

For anyone involved in litigation such as this case, a defense exists under the Communications Decency Act of 1996 to protect those of you who merely publish content provided by others, as is the case with IDX feeds. We have never seen a case in which this Act has been applied to an IDX display, but the Act has been found by the courts to provide protection against fair housing claims brought against sites such as Craigslist and Roommate.com.

Jeff, I am very happy that you finally got the help you you deserved and got this monkey off your back.

It's VERY unfortunate, however, that it had to get national coverage and mega Internet exposure just to get NAR to step up to the plate as THEY SHOULD HAVE DONE FROM THE START!

I do plan on responding to as many people as possible as long as the conversation is still relevant. Unforutnately, between the blogs, emails and phone calls, I am overwhelmed, and of course I still must get work done. I have also been told to remove all blogs, posts and comments, but as long as I am not forced or shown a reason to do so, they will stay. If you do see them suddenly removed, you will know what happened, otherwise I will be back to respond. I thank you all for your support, and to those that were not supportive, I also thank you, as I appreciate all perspectives.

Jeff - I am so happy to read this update and while it should never happened in the first place I'm glad it has been resolved and you can move on with your business.

That is such good news, for you in particular, but it also will weigh heavily in favor of other agents who might have the misfortune to be similarly sued. There is something to be said for having a high ranking individual in a large organization such as NAR on your side.

Glad to hear that the truth prevailed and that you are in the clear.

Very happy for you and also relieved to see fairness and justice prevail.

Very happy indeed to read this update on your lawsuit.  Great news! Now on to the real business at hand!

Jeff, I'm so glad to hear that this suit against you was dropped. It is still very eye-opening to realize the impact that other agent's marketing can have on our own business. I have always considered IDX feeds a great thing that help us market the industry as a whole, but I can see there is more work that needs to be done. I noticed that my MLS recently started reviewing the language that we use in our listings more carefully. Some protection, but I'll sure it's not a fail-safe.  Best of luck to you and your business!

First, I again, want to thank all of you for your support.

I have now changed brokerages and am now with Future Home Realty here in Tampa, FL. This whole situation was really unfortunately. Until this lawsuit, I had no plans to leave my office as I have to honestly say it was the best run office I had been with over the years. Great staff, and incredible service to its agents. I am looking forward to my new office. I also have put IDX back onto my website. My MLS is saying they believe they have now enacted something that will prevent the likelihood of this happening again. When agents enter new listings, there will words that will cause a warning saying please check the word for proper context. You can still use the words, but since the word could by itself point to a violation, it makes you aware and asks you to verify that it cannot be discrimination. There are also stop words, such as "adult only" or "no children." These words will not be allowed to be used in public or Realtor remarks. An agent would be forced to choose new words.

Will this all work? Hopefully it will prevent Federal Housing violations. It will however not stop the MLS violations which are common in our MLS, such as agents contact information being in the public remarks, or on property photos, as there are no plans to use the software to prevent phone numbers and email addresses from being put into public remarks.

I am hoping this will all work, but at the same time I am keeping the following words of Laurie Janik, Chief Council of NAR just in case.

"For anyone involved in litigation such as this case, a defense exists under the Communications Decency Act of 1996 to protect those of you who merely publish content provided by others, as is the case with IDX feeds. We have never seen a case in which this Act has been applied to an IDX display, but the Act has been found by the courts to provide protection against fair housing claims brought against sites such as Craigslist and Roommate.com." Laurie Janik

Looks like you have a guardian angel on your team, Jeff! So glad that ActiveRain was there for you and that NAR got involved.

Sometimes I think I live in a bubble! How did I miss all of this happening around me???

Congratulations again that all went well in the end. It is unfortunate that you had to go through this in the first place!

Thanks Barbara-Jo. I truly had a lot of help from Active Rain, Frank and Brian at National Real Estate Post, Ann Cummings and Jim Lee, Realtors in New Hampshire who got me in contact with the right people at NAR, the greatest Attorney, Michael Erdman in Chicago, and the thousands of Realtors all over the country who helped fight for what is right.

Hey Jeff, I came across this post while looking at Florida AR members. I hope things are working out for you and 2014 will be a better year! Unbelievable! 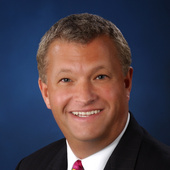