Please let me know if this is a unique aspect of Southern California:  the Sprinkling Party.  It is new concept for me.  Many of my friends are being blessed with their second or third children.  When they were pregnant or adopting for the first time many of them had a Baby Shower.  In my case I was pregnant with twins.  We had a long Shower.

The Sprinkling is interesting.  The assumption is that the parents already have the the expensive stuff like car seats and strollers.  The second assumption is that they have figured out what essentials are necessary such as butt paste, every cute baby soap that Johnsons & Johnsons can dish out, whatever you need to travel with a baby and back to the butt paste - anything that keeps a baby dry and content.

The Sprinkling Party is about luxury.  Granted at a Baby Shower your friends and family may give you items that are more expensive than you would buy yourself.  The Sprinkling takes that another leap.  At a Sprinkling the gifts are creative and all about that something extra that you would have passed by in the Target aisle when the first round happened.  The gifts are from high end boutiques.  Some are handmade.  Many are special imported items.

At our friend, Pauline's party, we gave her family a stuffed toy from Holland and a handmade baby hat that will make her infant look like a mini Bob Marley.  That is right in line with what is acceptable Sprinkling etiquette.  If car analogies help to explain this, the first Baby Shower is about getting a reliable commuter car with four wheel drive that will take you through the snow storms of parenthood.  The Sprinkling is about receiving a delivery of a special model of the mini Cooper that will not be released to the public and was specially designed for a James Bond movie that will come out next summer. When I was a little girl my Mom had never heard of party favors.  She grew up in the Midwest of America.  Parties for kids when she was young included cake, singing, a few games and then everyone slipped on their boots and parkas and headed home.  I grew up in the Washington, D.C. area.  Yes, people are actually from there.  After attending a party there you were given a bag of loot called a "favor bag".  You did the birthday girl or boy the favor of joining them to celebrate.  When I trotted home to Bethesda with my first favor bag my Mom was terrified that I had developed into a young criminal.  She was convinced that I had walked off with a few of the birthday girl's little gifts.  I swore that I was innocent.  She finally called the host's mother to rat me out and start the sentencing.  Luckily that woman did not throw me under the bus.

After that whenever I had a birthday party my Mother was resentful that she "had to provide favors for the East Coast people's kids".  She thought the whole idea was overkill.  Cake, singing and games should be quite enough levity.  She never got used to the little bags.  And I never forgot that my friend's mother stood up for me.

A Sprinkling is mellow party.  The silly Baby Shower games are forgotten.  The veteran parents are too fried to guess the diameter of the pregnant woman or to play bastardized forms of bingo.  Parents of young kids tend to be very aware of time and are not willing to waste it.  Naps are precious sanity breaks for these parents;  the parties are usually at times which will accommodate the schedule. Please let me know if you have heard of Sprinkling Parties.  They are a common weekend activity for my family in San Diego.  Incidentally I explained the idea to my Mother last week.  No surprise.  She thought it was frivolous.  She said, "Don't they have what they need already?"  I explained it is about celebration and splurging.  These days with people concerned about their personal economies it is so pleasant to see people have fun and invest in the next generation.

Looks like those younguns are having a great time though and hopefully the adults could keep up. We use to have so much fun with pratically nothing.

@ Charles Stallions - Yes, we did too.  "Living on Air" is what my friend, Julie, calls it.

If one needs an excuse to party a Sprinkling Party seems to be a pretty good way to end up. By any other name it would still be a celebration of new life or a new direction in life. Celebration would definitely be in order.

@ John Juarez,  Yes, I AGREE a celebration is in order. 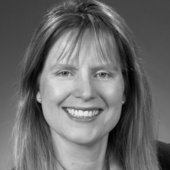