If you are in the habit of reading the news, it would be hard not to notice that there is quite a bit of commentary about the real estate market in Canada these days. Articles similar to this Financial Post article seem to be popping up on a daily basis and most of them have a cautiously pessimistic slant to them. The concensus seems to be that the market is stagnant, and while the number of home sales are predicted to decrease, there will be no such drastic decline in the value of homes. Apparently we are due for a "correction" where home values will slide a little (maybe up to 10%), but Canadians can still hang on to our collective smugness about having avoided a U.S. style market crash.

It almost goes without saying that the Toronto and Vancouver markets dominate the news, so we might be tempted to think that these predictions apply to Canada as a whole. I can't really say if they do or not, as my experience in real estate only applies to the Quinte market. It's pretty easy to see that the supply and demand for residential real estate in the Quinte area has been very constant over the last five years. There have been no big ups and downs in terms of listings and sales. Year after year, the value of residential real estate sales has been increasing at a steady rate. What is notable though, is our very poor listing to sales ratio. This just seems to be a constant in the Quinte market.

There are 12 submarkets within the Quinte market, Belleville, Brighton, Centre Hastings, Cramahe Township, Madoc, Marmora, Trent Hills, Prince Edward County, Quinte West, Stirling Rawdon, Tweed Municipality, and Tyendinaga. Each one of these markets responds to different variables, but there are a few factors that influence all of the sub markets.

The Quinte area has quite a large military population, many of them who only stay for a short while and prefer to rent rather than buy. We also have a larger than average population that depends on various forms of social assistance and are not in a position to purchase homes. Loyalist College in Belleville also attracts students from across Canada as it's known for its excellence in a number of programs. This combines to create a good market for investors who wish to own rental units. The new mortgage regulations introduced last year have put a bit of a damper on investment in rental units as much larger downpayments are required now, and creative financing isn't allowed to be as "creative" as before. The lenders are stricter now, and as a result investment in multi family units in the Quinte area have dropped quite a bit. Only 44 units were sold in 2012, compared to 60 and 59 the previous two years. The tightening of mortgage regulations and the disappearing of those "0 down payment" deals will have an effect this year. Lenders have become a lot more discriminating about who gets financing and the type of properties that do get financed. It's become a lot harder to buy that fixer upper and many deals on wartime homes or rural properties can be a real struggle to get through. There are a lot of these kind of homes in the area, and how much of an effect the new mortgage regulations will have remains to be seen. Judging by the graphs on the left though, there doesn't appear to be an alarming drop in the number of sales and listings in January and February in 2013, it's certainly down from last year, but not compared to the years before that. The average sale amount for a home sold in the first two months of this year has actually increased. It's hard to say what this means, it could quite possibly be a result of fewer homes being sold in the lower price ranges.

What does all this amount to? I can state with authority that your guess is probably as good as mine. It's very hard to predict how the Quinte real estate market is going to behave in the next few months, a lot depends on the military posting season as well as the overall economy. What I can say though, is that the numbers that are being reported in the newspaper and magazine articles about the performance of the larger Canadian real estate market in the last few months are not a reflection of what has happened in the Quinte residential real estate market. Two months don't make a year, but so far there's nothing unusual to report, and once the weather gets better and spring rolls around, there's no reason to believe that this year will be any different than most others.

Very impressive market report for Quinte area, Malcom.  Great graphics and explanation of how the market affects buyers and sellers.

Malcolm, it is always interesting to see how the markets break down. I go by how much my phone is ringing and so far I've been busy.

Morning, now THAT is a market report.....I just posted one too, but yours has alot of bells and whistles !

Malcolm~ I bow down to thee, you are the graph master, and BTW: Your graphs are amazing and spot on 8~)

Great great graphs and you show your knowledge of the Canadian market! I hope you have a great weekend and sell, sell sell!

Excellent report. Best wishes for a most productive spring.

Like
Larry Lawfer
YourStories Realty Group powered by Castles Unlimited® - Newton, MA
"I listen for a living." It's all about you.

Malcom, you are a master.  It is so easy to understand what is going on from the graphics that you almost don't have to read the words.  Since I have been a long time fan of your words, I read them anyway. Great post

Malcolm - It must be irritating that the big two cities, Toronto and Vancouver, seem to set the tone for the rest of Canada.  It seems to be true that prices haven't dropped here, but there's a lot less inventory, as buyers play the 'wait and see' game.  Every smaller community is different, and you're wise to focus on your area and the factors that affect prices there.  For locals, that's the big picture! 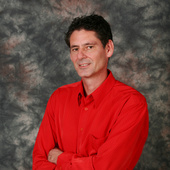