This new development of a timeshare concept was announce on March 16th in the Daily News in St. Thomas, U.S. Virgin Islands. I think it will be an excellent addition to the the island; revitalizing a resort which has been empty for a while. I know I will hang out at times on the chance that I might hear Jimmy Buffett do an impromptu song or two. How about you?

An artist's rendering of the proposed Margaritaville timeshare resort at the former Renaissance property.

ST. THOMAS - Jimmy Buffett has a long, colorful history with the Virgin Islands, but Friday he started a new chapter by officially launching the first Margaritaville timeshare resort.

Buffett and Wyndham Vacation Ownership President and Chief Executive Officer Franz Hanning officially unveiled the first rendering of the new resort to a small crowd of St. Thomas government officials and members of the business community.

Buffett is partnering with Wyndham to open the 262-unit resort, located at the former Renaissance Grand Beach Resort in Smith Bay on St. Thomas.

The hotel property has been abandoned for years, and Wyndham plans to invest $90 million to transform it into the flagship Margaritaville Vacation Club by Wyndham property.

Friday's reception took place at Penga, the Point Pleasant Resort restaurant that overlooks the site of the new Margaritaville resort.

Kicking off his flip-flops, Buffett picked up his guitar and sang three songs - "Boat Drinks," which he said was inspired by a trip to St. Thomas; "Volcano"; and, of course, "Margaritaville" - to the small crowd as the sun began to set over Water Bay.

Buffett came to St. Thomas on his first sailboat in 1972, a boat he bought with the money he made from his first album. He lived on his boat at the old Sheraton Marina off and on for about a year, playing gigs in the area and making friends.

Mafolie Hotel was a favorite hang out, he said, and he fondly remembers Maureen O'Hara waiting on the dock for her seaplane pilot husband, Charlie Blair Jr., to return.

"It was like a movie set," he told The Daily News on Friday.

When the opportunity to bring his Margaritaville brand to the Virgin Islands arose, Buffet said, he jumped at the chance, seeing it as a perfect fit.

"I wrote a lot of songs down here," he said.

Buffett first started the Margaritaville brand in the 1980s in Key West, when he opened a T-shirt shop, and a few years later a bar and restaurant.

Those enterprises have since grown to 16 restaurants in the United States, with two more opening soon; a hotel in Pensacola, Fla., and one on the way in Louisiana; casinos in Biloxi and Las Vegas and two opening soon in Atlantic City and Louisiana; and six Caribbean bars and restaurants in Jamaica, Grand Cayman, Turks and Caicos and San Juan.

Buffett said the brand is about a lifestyle, and a way to connect with his fans - also known as "parrot heads."

"We sell escapism," he said. "They've been escaping through our music for so long, this is a real place on the beach, Margaritaville. It's about appealing to the people who've been fans for so long."

Buffett said he plans to buy the first four timeshare units at the resort so his musicians and crew can rotate through. Music will be a big part of the resort, with live acts playing regularly - maybe even Buffett himself.

Buffett currently lives on St. Barths and pilots his own seaplane, which he said would be very easy to land in Water Bay.

"You never know when I'm going to show up," Buffett said, referring to the future resort.

Construction on the resort will begin in July. The first phase - which includes the main administration buildings, restaurant, common areas and the units by the pool - will take about 18 months to complete.

Phase two will include hillside units, which will not be started until the units renovated in phase one are sold.

Rather than a traditional timeshare system, in which owners have a deed for a set number of weeks per year for a specific unit, owners can purchase points, which can be used at any of the Wyndham's timeshare properties.

Wyndham formerly managed the Sugar Bay Resort and Spa, but the company pulled out of that property when their management contract expired in July 2011.

The former Renaissance has changed hands multiple times in the last decade and has been completely shuttered since 2004.

Wyndham's original plan to renovate the hotel was sidelined by the recession in 2008, which Hanning said was a blessing in disguise as the delay led to the partnership with Buffett.

"It was just fate," Hanning said.

Hanning said that although some of Buffett's Margaritaville properties have casinos, a casino never was part of the concept for the St. Thomas resort. He said the property will be family-friendly and cater to the laid-back traveler.

"A good time will be had by all," he promised.

Tanya: I love Jimmy Buffett and Margaritaville will be a huge success, drawing on people like me. I will join you there anytime--next time I come to St. Thomas. Is Little Switzerland still there? Great store.

There is no doubt a good time will be had by all!!

Little Switzerland is still a staple for shoppers here on St. Thomas.

I hope to see both you and Dorie at Margaritaville soon. Thanks for stopping by! 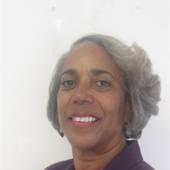