On Wednesday March 20th 2013, the Senate approved legislation that would fund the government thru the end of September.  Inside this legislation is included a Continuing Resolution to extend the current USDA territories for an additional 6 months.

If passed, families seeking to purchase homes thru the USDA Rural Development Home Loan would be able to proceed with financing in areas that are expected to become ineligible.  In Georgia, this affects families in areas such as Cusseta, Monroe City, Villa Rica and Winder, Georgia

It is now up to the House of Representatives to advance the bill, so President Barack Obama can sign off, allowing the bill to become law.  If the Continuing Resolution does not pass and become law by March 27th 2013, the new property eligibility map will go into effect for all conditional commitments issued on or after March 27th 2013.

Hopefully, this change will happen the USDA program is a great program for buyers to utilize saving them money. Thanks for sharing. 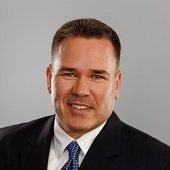