The Real Trends Housing Market Report issued in January 2013 shows the housing market making an impressive recovery nationally as one element of a strong overall economic recovery. Sarasota rapidly exited from the long recession in 2012 and in 2013 has emerged as one of the strongest-performing economic and housing markets in the country.

Buyers of mansions and luxury homes for sale led Sarasota’s home purchasers as 2013 began. In Sarasota County alone, 47 homes and condominiums sold for over $1,000,000 in December 2012, a higher figure than for any other month in 2012. Luxury homebuyers aren’t the only group buying homes in and around Sarasota, either. After a significant slump in 2008-2010, migration to Florida is accelerating again. Renewed migration is anticipated to create jobs and boost the recovery. Sarasota has been poised for a vigorous recovery. Local new home construction starts are up. Interest rates are still near historic lows. And in Sarasota, the luxury housing market is still principally a buyers' market. Prices are slowly rising but are still far below the boom-year levels of 6 or 8 years ago. Inventory is adequate; luxury homes are available in several price ranges in a number of charming communities, from Sarasota's vibrant downtown districts to its fashionable beach neighborhoods.

According to Real Trends, the national rate for housing sales increased dramatically in 2012 over 2011. December 2012 new and existing unit sales were up 7% from December 2011. Nationally, the average home price rose 18.1% from December 2011 to December 2012. December 2012 was the 9th successive month of rising prices. Other indicators of improving health, both in the housing sector and in the overall economy, also emerged early in 2013. Homebuilders see rising activity from potential buyers in 2013 as employment slowly makes gains and consumer confidence improves.

Sarasota continues to compare well against other North American markets, even other Florida markets. Sarasota offers theater, symphony, ballet, opera, and a star-studded yearly film festival. It’s the home of Florida’s finest schools, innovative universities, and award-winning medical facilities. Sarasota's glittering Gulf beaches offer miles of sun, surf, and powdery white sand. The climate is legendary, with a year-round average temperature of 73 degrees and plenty of cool summer breezes off the Gulf. Sarasota is at the heart of Florida’s golf country, and it’s a celebrated hub for fishing and boating enthusiasts, too. Sarasota and the barrier islands offer alluring waterfront properties – charming mansions, traditional single-family homes, and attractive condos in several styles – as well as luxurious inland homes east of the waterfront. With the economy finally in full recovery mode and the housing market booming, all the news is good news so far in 2013 for prospective Sarasota homebuyers.

This is a very encouraging post.  Sadly, insurance companies are still having difficulty insuring Florida properties.  I look forward to a change. 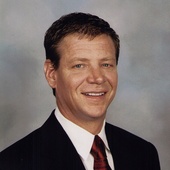