The Garden of the Gods Park delivers plenty of possibilities for recreation for the residents of Colorado Springs in addition to travellers. The amenities offered by the park consist of trekking, biking, horse riding and rock climbing. You'll find more than fifteen miles of trails which can be enjoyed by hikers, bikers and horseback riders with a paved 1.5 mile straight through the heart of the park that is also accessible for wheelchairs. More than two million visitors explore the Garden of the Gods Park every year.

The park offers remarkable geological features in the form of the ancient sedimentary beds which are comprised of purple, red, blue and white limestone and sandstone. The huge forces which created Pikes Peak also caused these sedimentary beds to tilt and to fault and they exhibit proof of the past, like ancient oceans and seashores as well as sand dunes. You can also see a number of fossils including plants, dinosaurs and marine life. At the point where the Tower of Babel (Lyons Sandstone) meets the Fountain Formation, there is a spectacular shear fault.

If you are interested in speaking to a Colorado Springs Realtor, contact Cherise Selley of Selley Group Real Estate. Cherise Selley is
a fantastic realtor who has been in the local real estate field for over a decade. Selley Group can help you find a home or property suited to your specific price range.

Another interesting feature is the hogbacks, which derive their name from their similarity to the spine and back of a pig. They are ridges of sandstone with angled layers and even some vertical ones. They're fairly tall and the tallest, which is North Gateway Rock, is 320 feet tall. Another hogback, the Kissing Camels, offers the appearance of 2 substantial camels sitting head to head with their lips in contact.

The steep and unusual rock formations in both transform it into a paradise for rock climbers, for which a yearly permit can be attained at the Garden of the Gods Visitor and Nature Center. The rules demand, amongst other things, that you utilize correct equipment, keep with the established climbing avenues and climb with a buddy. You need to be cautious because the limestone can easily become unstable, particularly after heavy rain, and several deaths have taken place throughout the years.

The Garden of the Gods Visitor and Nature Center can be found near the entry to the park. Totally free nature presentations can be found each day and you'll find plenty of natural history exhibits, like minerals and plants along with artifacts from Native American culture. Programs include nature hikes and bus tours with guides in addition to films and special programs. The earnings from the Centre go towards supporting the park. 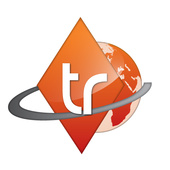 This Colorado blog contains information about various activities, interests and Colorado cities. Of course, it also contains some pretty helpful real estate information ranging from market trends to home improvement suggestions. We hope you will find this blog to be a great source of information. We have a lot of Colorado based articles and news pieces posted here and we will hope you find at least a few of them useful to you.