Early in 1972 platting of the land was begun and by July the first ground was broken. Sugarmill Woods was the first uniquely designed residential area in the United States to develop the concept of “wildlife strips” (now called greenbelts), allowing people and nature to live together in harmony. In addition, more than 1.2 million trees were planted at Sugarmill, assuring a safe haven for the more than 155 plant and animal species who live at Sugarmill Woods, including the Great Horned Owl, Eastern Mockingbird, Red-Bellied Woodpecker, Eastern Cardinal and Eastern Fox Squirrel.

Today, the park-like environment of Sugarmill Woods is close to area restaurants, and members also enjoy fine dining at the country clubs. It was designed as a modern country club community featuring year round golf, tennis and swimming. It presently features one of the most modern sewage treatment facilities in West Central Florida, a central water distribution system, and as governmental regulations and economic considerations have permitted, the installation of underground utilities. The result has been a unique merging of human habitation and the natural environment that has created for Sugarmill Woods a reputation as one of Florida’s premier residential and Recreational communities.

The location of the property is in an area virtually immune to storm flooding has further enhanced Sugarmill Woods’ value and reputation. It is also within 10 miles of some of the finest salt and freshwater sports fishing inFlorida. The first nine holes, the club house, tennis courts and swimming pool were completed in 1975. Designer Ron Garl,Florida’s foremost golf course architect, conceived the layout and the course has received national acclaim since play began

The second nine was opened to play in November, 1978, and with the dedication of the third nine holes in December, 1981, the Garl plans for the Sugarmill Woods golf course were completed. In 1992 an additional 18 holes of golf designed by three time U.S. Open Champion, Hale Irwin was completed along with a newly constructed second clubhouse and a beautiful restaurant.

The Chassahowitzka National Wildlife Refuge is five miles to the west and includes a saltwater habitat for a huge variety of wading birds and tropical wildlife. About 25 miles away is the Tsala Apopka chain of lakes featuring one of the finest freshwater fishing and boating areas in the state.

Every spring fisherman come to our rivers from around the world to angle for record-setting tarpon!

All within 30 miles of their doorsteps Sugarmill Woods residents and
visitors have their choice of 30 parks, 11 golf courses, 10 marinas, 9 campgrounds, 7 rivers and 2 beaches. Looks like a nice home and location. Good luck in selling this one and others.

Thank you, Edward & Celia! I live, work and play in Sugarmill Woods! Love the place! If you know someone who wants to move to Florida- send my way:))) 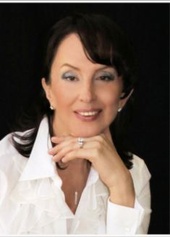