Like:
Home > Blogs > Joan Goldman > Baltimore's Outside The Box Realtor

Why Mt Washington is the coolest neighborhood in Baltimore.

History: The history of Mt Washington was a summer getaway for affluent folks of Washington DC. Around 1900, people who could afford to leave DC in the hot humid summers did. Travel wasn't like it is today, yet Baltimore was close enough by train. Location: Northwest Baltimore City right up to the county line (with a few streets just over the county line). Ten minutes to downtown. Less than five minutes to 83 (JFX) or seven to 695 (beltway). Lightrail has a stop in Mt Washington. From there you can get to Penn Station and catch the MARC Train to DC or BWI or NYC. Arboretum- Mount Washington Arboretum was the brainchild of Mike Sherlock, MD who saw the potential for an abandoned (owned by the city) piece of land and turned it into a lush beautiful green space complete with a green-roof, aqueduct, koi pond, beehives, nature trails, classes, winter and summer solstice parties, funded by Dr Sherlock's grant writing and contacts. And it's free to all. Community Gardens- Over 42 small community gardens are throughout the neighborhood. The streets have medians, and triangles interspersed, and that is where Dr Sherlock's band of weekend volunteers plant, weed and maintain these little pieces of heaven. Easements- Wanting to keep Mt Washington green, the MWPT has set up easements that will ensure the area remains as green and beautiful as today. To qualify, you need to donate one acre of your land, which gives the homeowner tax benefits, and mandates no future building on the lots.

The Mount Washington Improvement Association (MWIA) has many attributes from sending out a quarterly newletter, to planning the 4th of July bike parade/party to acting as a great liason to Baltimore City for issues that are important to those in the Mt Washington community. Membership is voluntary, but dues are only $40/year. People: What makes Mt Washington really unique are the people who live here. Their professions range from Pulitzer Prize winners, film makers, physicians and researchers, professors, businessmen/ businesswomen, computer experts, small business owners, artists, teachers, lawyers, electricians, young couples, middle aged parents and retired folks. Basically we all get along no matter your background. Mt Washington is extremely LGBT friendly, a true leader in how every neighborhood should be. Listserv: Around 8 years ago Mt Washington started a neighborhood listserv. This listserv has a life of it's own. The function is to keep the ~1200 families connected. On the listserv folks post curb alerts (free stuff), keep an eye out on crime, when they are looking for __, like a babysitter, a great restaurant to take out of towners to, things to do with little kids during snowstorms, and even sometimes heated discussions around vaccines. Almost anything goes. It's like a hobby. Other Ammenities: Mt Washington has a members only private swimming pool. Membership is a great way to meet neighbors. There is a driving range for those who like golf. Northwest Park (AKA "The Fields")  for kids soccer and a popular spot for walking dogs. Walkability is good as the Village of Mt Washington has restaurants, boutiques, salons etc In summary, Mt Washington has something for everyone. No one tells you what kind of roof your home must have or what colors to paint your home. In general, folks living here are aware of their environment and do what they can to stay as green as possible. I have heard Mt Washington referred to as "The crunchy granola  part of Baltimore". So true! 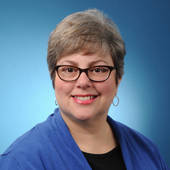