We all know and appreciate the wonderful treasure that is Frederick, but now the rest of the country has been introduced to this hidden gem. A current article on CNN lists Frederick as one of the top ten destinations to prove that small town revitalization is still a valuable asset in this market and economy.

By Jordan Rane, for CNN


Then: Once a hospice for Civil War casualties, this proud Colonial-era city endured late 20th-century battle fatigue after getting sidestepped by a new interstate, losing its retail core to outlying shopping malls and being hit by a massive flood in the mid-1970s that turned nearly 100 acres of its historic downtown into a temporary swamp.

Now: Frederick is revived, with a nearly chain-proof red brick commercial district lined with indie shops, destination restaurants and weekenders from D.C. and Baltimore (both about an hour away) escaping here instead of the other way around.

Wow: Stroll along Carroll Creek Park's pedestrian bridges and brick pathways lined with public art and it's hard to believe this green space was originally a flood control project.

Kay, i just finished going through the article and i'm ready to move, thanks for the information. 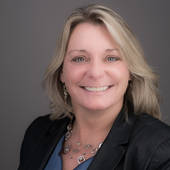