Tax Time! Interview with an Expert, Buying in Oregon vs. (edit/delete)

I asked Jeanie Pitner, our lifesaver in the tax world what the difference was between buying a home in Oregon vs. Washington after being asked the question ourselves so many times.  Although we are not Real Estate Agents or qualified to answer, I thought I would pass this along for those interested from our tax expert, Jeanie Pitner. The QA follows;

Question: What is the difference between owning a home in Oregon VS Washington?
By Jeanie M. Pitner EA, ATP, LTC (32007-C)
The difference is Oregon State Taxes, if you live and work only in Washington you will only file a Federal Tax return.  Because Oregon has no sales tax it has a State tax
instead which is derived from a tax payers adjusted gross income with adjustments.  In general, most all States have some type of property tax and Oregon and Washington
are no different.  If you live in Washington and work in Oregon you will still be required to file a Oregon Non Resident tax return based on your income that you
you earned while you were employed there. The big difference that should be considered is once a person retires and lives in Oregon.  In Oregon once you retire your
retirement is taxable and includable in your income.  If you have worked in Oregon and have Oregon retirement but live in Washington none of your retirement is
taxable to Oregon.

Question: I am a Washington resident - What is the difference between owning and operating a business in Oregon VS Washington?
By Jeanie M. Pitner EA, ATP, LTC (32007-C)
Both States require businesses to have a business license, however when you move your business to Oregon you will have the impact of additional Oregon
responsibilities and taxes. Following is small list comparing some of the additional responsibilities a business owner will face when doing business in Oregon:

For your Tax needs Jeanie can be reached:

Keep Up In the Rain!

Thank you crisp and detailed information posted Jeanie. I live in OR but was trying to decide whether to LLC in OR vs WA. I will probably do biz in both states but realistically more in Oregon. 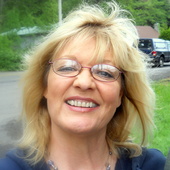 Home Selling almost 8 years ago
bookmark_borderbookmark
What Staging Does in any market, good or bad, in P...
View more Recent Posts   arrow_forwards

Consider Staging on both ends, the seller needs to prep as the buyer needs to see, make your life easier! Ask us how!