Bellevue WA – Banks must hate Strategic Defaults. A person who walks away from hundreds of thousands of dollars in debt gets on their nerves.

Click here to discover how other sellers successfully did a short sale and avoided foreclosure.

It must bug them so bad that Fair Isaac, the founder of the FICO score, came out with a program that tracks strategic defaults. Here is the story according to Inman News:

“Article Title: FICO to walkaways: You’re on our screen

Fair Isaac, developer of the ubiquitous FICO score, has a new warning for homeowners plotting a strategic default or walk away: We can now spot you in advance. We’ve developed a black-box risk-identification tool that enables lenders and mortgage servicers to tag you months in advance – and then pursue their own strategic measures to intervene.

The tool is so effective, according to FICO, that it can “capture nearly 67 percent of strategic defaulters” who are otherwise unremarkable and undetectable, paying their mortgages on time.

Sound a little spooky? Not for the major lenders who are working with FICO to install the new statistical risk-scoring model, aimed at some of the costliest and most perplexing defaulters in the marketplace: people who just stop paying on their loan abruptly, without ever previously being late, even though they have the income to pay.

Strategic walkaways are a multibillion-dollar headache for banks and investors. A study by researchers at the University of Chicago’s Booth School of Business found that during last September alone, 35 percent of mortgage defaults in the U.S. were strategic – up sharply from 26 percent in March 2009.

With an estimated 23 percent of all residential mortgages underwater as of March of this year, according to data from consulting firm CoreLogic, spotting – and dealing with – walkaways have become a high priority for the largest banks.

Both companies have been stunned to find that the very consumers they deemed the least likely to go into default – people with 800-plus FICOs and 900-plus Vantage scores – are statistically more likely to default strategically, with no outward signs of impending payment stoppages, than the lower-scoring masses.

People with low FICO scores still default more often than high scorers, but when high scorers do default, they are far more likely to do so out of the blue. In the lowest score category (300 to 499) more than twice as many people default nonstrategically – they begin missing payments over time, typically because of income declines – than strategically.

These walkaways are especially vexing to score-modeling experts like Andrew Jennings, Fair Isaac’s chief analytic officer and head of FICO Labs. “They open up new credit accounts” before stopping their mortgage payments, he told me in an interview last week. “They prepare.”

Some of the research involved examining massive samples of credit bureau data – 5 percent of all U.S. mortgage accounts – during a recent one-year period, looking for telltale clues, month by month, that would separate out strategic defaulters from ordinary defaulters.

What the project turned up, said Jennings, helped formulate the model that FICO has now created for lenders and servicers.

So what’s in the black box? Obviously the complex statistical model and exactly how it works is proprietary. But Jennings said it looks at a composite of separate risk factors from credit and real estate databases, and enables servicers to identify borrowers whose profiles match those of strategic defaulters most closely.

Some of the key characteristics include: Click HERE to continue reading. 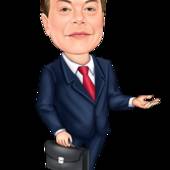