Before and After Photos tell a compelling story without saying a word.

More than once now, I have forgotten to take a before photo of rooms that once staged were drop dead gorgeous!

It is so easy to get caught up in the excitement of getting it staged quickly that the before photos never happened.

Before photos don't have to be taken with a good camera after all they are BEFORE photos!

However, sometimes the stars just conspire against you.

Now this is not me complaining, but really a before photo should happen before anything GOOD happens!!!

My camera before I got a new one I got was always needing new batteries.  That camera was related to my phone, just never had any stamina to stay charged.

Your best advertising is based on having proof on how bad it really looked before.  Buyers only believe what they see.  Sellers will only believe before and after photos they can actually see Groups:
Real World Home Staging for Newbies
Staging "Before" & "After" Pictures
Accredited-Staging-Professionals
Posts to Localism
ASP Stagers in the RAIN

Tags:
before and after photos
home staging photos
abilene
tx

The best in investment an agent can do regarding pictures is to hire a professional photographer, there is NO EXCEPTIONS.  I am a full time full service agent and I also took photography classes in college with my Businees Degree and I have a awesome NIKON camera.

Bottom line is my professional 4 year degree phot0grpaher makes my listings stand out on line and  does not compare. Using a professional photgrapher gets more showings for my listings.

Hi Beverly, Great idea. We have done this, but need to make it a habit.  My wife is an ASP and does all of our listings.  What a difference it makes.

Ha Ha Beverly this has happened to all of us at one time.  It's easy to get a "before" photo if you forgot ... when you go back to pick up the staging after the house sells (of course, this only works for vacant homes)

I often do the same thing.  Taking before and after's and sending them to the listing agent is always a good idea too.

When we remember that is....

Maureen, usually when I destage, I am usually in a hurry. But I have taken photos of vacant rooms after the staging.

Debra, Before and after photos are worth a 1,000 words.  now to remember that!

Debra - this just happened to me. I did get lots of before shots, but forgot a lot of key angle's. We need to slow down and take as many photos as possible because you never know which angle is really going to showcase our work!

kristine, it keeps happening to me.  a really big room I took one before shot,  yet, I have a living area, a dining area, a foyer area, and a 2nd seating area.  I needed to take all the angles, too!

Beverly ~ I have done this too.  Now, I carry two cameras to make sure I can grab the before pictures. 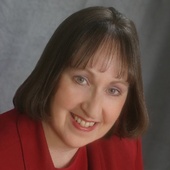