Here is a real life story. I've been in real estate 10 years and I've serviced dozens upon dozens of consumers who were upside-down. I didn't target that niche. I didn't set out to become an expert at helping the unfortunate consumers whose home values didn't keep up with equity digs. It just happened.

Stick with this story, like any good one, the good stuff is at the bottom. One day I received a call from a consumer who was referred to me. The person who referred the consumer to me just knew "they need to sell their house." They didn't know they were behind or upside down. I did the same thing I would do with anyone! I toured the neighborhood, toured the home, and talked to them about value. I talked to them about what to do to make it show ready. I prepared an estimated settlement statement. And then I looked at the bottom number. Again. Again. Darnit.

I was a brand new agent. But new and dumb are not synonymous. This was uncharted territory for me, so I knew my options were to walk away or service something I had never serviced before. Honestly. I liked the house. I liked the homeowner. They were good people and that was apparent. They were sincere in their effort to sell. They had a big motivator to sell (job loss) and I kind-of wanted this deal. Even though I had never done it before. So I took this listing knowing I would have to work twice as hard for a call-me-maybe situation in the end.

Keep reading, I promise, the fine print at the end is not some evil legal disclosure.

On my way home, I stopped and called the homeowner's mortgage company. I got transferred. Again. Again. Again. Cutoff. On hold. Transfer. BINGO! I had "the loss mitigation department." They are who helps people sell their home when there is not enough money to pay off the whole loan balance after the sale. Wells Fargo Loss Mitigation is the first short sale number I placed in my speed dial. Ever. And they did such a fine job. But it is just not an easy process, no matter how hard we all try to just do it.

It took months. I had to go right back to their house and get them to write a letter of hardship explaining about American Airlines laying them off (like it wasn't national news) and get them to write a note about my authorization to speak to the lender on their behalf. Easy. But it took days for the ok to come back from the bank. Many deals later, I now know this timeline is common. Once processed, I had to get them a listing agreement. Done. Easy. I had to take pictures. Done. Easy. I do that anyway. I had to get them basically everything in my file and then some but I was ok with it. I think I was even happy to do it.

Keep reading. It's not just another short sale story. It's like the book of Job. It will get you in the guts.

Months later. We closed. They moved on. So did I. I moved on to do a lot more short sales over the years. Again, not because I sought them out. But because my business is referral based and there were a lot of defaulted mortgages around here. And I had a lot of wicked experiences with it. Now I am pretty sure I knew what to do instinctually from the get-go, but I've also taken a lot of classes since then to sharpen my skills.

Because let me tell you a secret... Consumer:

A little about me: I grew up right here where I work. I know the area well. And I know hardship. In one single year, my son was in the hospital for no known reason. He ended up ok, but a month later I was laid off. Then my oldest son died. I know you are probably thinking she's a living breathing country and western song by now, but that's not all that happened. I got hit in biblical proportions. The IRS came knocking. So did an identity thief. So did a car break-in. I think that's all that happened that year, but you can understand if my story is not all that easily recollected. It was a rough year. To say the least. I can't say all the things I did and felt. And I don't even want you to try to relate or imagine it. This is the good news... But now, 10 years later, I do understand what it takes to overcome hardship. And maybe that's why I don't mind helping. And I don't really care to take the time and energy to blame anyone for all of it. Or even any one piece of it. You know why? Because it just happened. A lot of people took part in the bad stuff, but a lot of people lifted me back up, too, and that's what I prefer to profess. Have faith. Move on. Find joy anyway.

No case of the I-don't-wannas.

Agents - send 'em my way if you don't do short sales.

Groups:
Be The Best In Your Field
Agents who want REFERRALS!
A Mom, A Woman, A Realtor
Bartender, Make it a Double
Inspiration Station

In my market at the Jersey Shore short sales are the norm...and I'm sure you'll agree while not one is the same as another, experience makes the difference!

Laura YES every deal is different, yet, moderately predictable.

We all need a bit more patience at those  times. :)

There are so many good things about this post, I don't know where to begin, except to hit "subscribe." Looking forward to reading more!

Jane, thank you so much. If I have someone moving south, I will call on you! 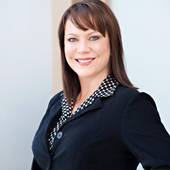 Just for Fun about 2 years ago
bookmark_borderbookmark
What do you do when you're not selling real estate...
View more Recent Posts   arrow_forwards