TRACY, Calif. (KCRA) —Dozens of city leaders, business and community members showed up at the Grand Theatre in Tracy to hear their mayor deliver his State of the City address.

It was all good news for the Central Valley city.

"Twenty-five hundred jobs is significant for this part of the Valley, for the Central Valley, at all. And, this is before Amazon," Ives said.

Amazon will open fulfillment centers in Patterson and Tracy later this summer. 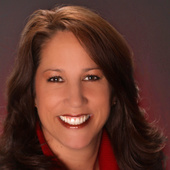