I've had a rough couple of weeks.  As I lay in bed last night, I thought maybe it was time for a follow-up blog to one I did a few weeks ago, Ten Lessons in Ten years as a Realtor.

So here are ten things I STILL can’t get the hang of, even after ten years.  I’m sure many of you will be able to relate!

1.  It still BLOWS when a deal falls apart.  Yes, I know there is a next.  But that doesn’t mean it doesn’t hurt.  I took last week off, after having 4 deals recently fall through, and thousands of dollars in commissions down the tubes.  Ugh.  My husband never used to understand why I would get so upset.  I told him…”Imagine going to work for a month, two months, and working your butt off, only to get to the end and have someone tell you thanks for your hard work but we aren’t going to pay you”.  Same thing.  I don’t scream or pull my hair out anymore, but yeah, it STILL stinks.

3.  Walking away from an overpriced listing.  I have had moments of total clarity here, where I knew it was just NEVER gonna happen, so I wouldn’t take the listing.  And yet, sometimes I still cave.  It’s the voices in my head I tell ya…the ones that say “you can get a price reduction later”, or “sooner or later these sellers will wise up”.  Case in point – I JUST had a deal fall through because the house I was selling did NOT appraise.  Hmmm.  As much as I would love to blame the appraiser, it’s not like I didn’t know at the get-go this was overpriced.

4.  Secret agent-man.  I know, I know.  Real estate IS a contact sport.  But gee, sometimes I just want to go to the soccer game or Wal-mart without wearing the real estate hat.  To just be ME.  And have I missed opportunities because of my need to sometimes go incognito?  You betcha.

5.  TAXES.  Da-da-da-dum.  GUILTY!!!!  I go in for the yearly slap on the wrist from my accountant for not making my estimated tax payments like I should.  Sometimes it comes down to tough choices…pay the mortgage or make a tax payment?  Hmmm???  And sometimes I just like to keep that wad of cash in my wallet, instead of giving to the IRS.  Not that I have ANY issue at all with the IRS.  I love them and respect all that they do.  J

6.  Prospecting.  The dreaded “P” word.  I can be the queen of prospecting.  I can also suck.  Big time.  I have a habit of getting a lot going in the pipeline and then I just STOP with prospecting.  It is something you think I would have learned by now-to be consistent.  But no, I’m not.

7.  Scheduling.  Gee, and I wonder why my income is so inconsistent sometimes??  Even though I have read about the many benefits of keeping a schedule, have I ever stuck to one?  Nooooo.  Maybe my self-diagnosed ADHD just kicks in.  I might have the best of intentions and then….”Look, squirrel!!”  Well, something like that.

8.  Thin skinned and loving it.  I know what I said before, that friends and family will screw you over.  And they will.  And I KNOW it.  But I still hurt.  I do not have a thick skin.  I suppose this can be an advantage.  I have a big heart and I THINK people know I care.  Most do.  But this thin skin of mine has taken a beating or two in this profession.  Ouch.

9.  Buyers are liars.  How many times have I heard THAT quote?  About a million.  And HOW many times have I spent weeks showing buyers nice country homes, only to find out later they purchased a nice condo in the city with another agent?  Well, thankfully not millions of times.  But enough.  More than enough.

10.  Maybe the biggest thing of all in 10 years that I STILL don’t do – BLOGGINGON ACTIVE RAIN.  Once again, my inconsistency has most likely cost me.  I THINK I can write.  I enjoy it.  Heck, I have even had several featured posts.  But do you see me posting on here everyday like I should be?  No.  Too busy, too lazy, too…hey look, squirrel!

You get my point J

Tags:
lighter side of kelley
life as a realtor
life in real estate
being a realtor
lessons of a realtor

Show All Comments
Jill Watts
Realty Pro, Inc. - Vancouver, WA
A Luxury Experience at Every Price Point!
Thank you, thank you for your honest blog. I can truly say, "been there, done that." I tell myself that I have JUST one or two crazies each year. People who go bananas once the money is in escrow. They are not even the same person since they start demanding everything to go their way! Thank goodness for the "angels" that come along most of the time. This job is hard enough with all the legalities most buyers and sellers don't comprehend that we have to watch out for them on their behalf. Many Blessings.
Like
Robert Rauf
HomeBridge Financial Services (NJ) - Toms River, NJ

#1 ABSOLUTELY! but we have to keep in in perspective. Last week in my office we had 2 deals die. Things you CANT control: One buyer lost his job, another Died... I'd say they both had it a bit worse that we did! What truly bothers me is when you are the one that structures a deal and at the end of the day they choose to go elsewhere to a "friend". Ours is the only industry where we give advice, are available at all hours and are at risk of getting a $0 pay check..

Kelley, this is one crazy business, that at times simply defies any normal way of doing business, as Robert stated so well in his last sentence.

Very real and personal....yet I think every one of us can identify!   I have been in nearly 20 years....and still would have to say that I have a very similar top 10 list as yours!

Each day is a new day ...we can do better ...and the nice thing....we can do Real Estate our way...and we can continue to learn and re-learn ....Progress not Perfection!!!

Happy Week to you ....this week will be better!

Wow- I would blow to over 4 deals lost and lot of green down the drain.

Im still blowing last week when I lost 2 deals on Friday, I think it was Black Friday for me.

It really hurts when I dont work with many Buyers and Sellers, compared to the big producing agents in our office.

But life goes on, and the Good Lord blessed us with a new day, a new day to work with new Buyers & Sellers.

Cause believe they all are different.

Like
Anonymous
Accountant
As a CPA who does a lot of work for realtors, I see two general types. Those who realize they are in business, and realize every dollar they take in is not profit and those who don't. You seem to fall in the second category. You ride the waves, not really a risk and return type person but you see the big money then you wait for the big money. I had one realtor when the bottom fell out who refused a lucrative job and slept in her car because she could make more money as a realtor. Well, what she didn't see was at that time the money wasn't there. You can't talk sense into these people there's no use to try. When I did the first few returns for realtors I really felt sorry for them because they had spent all their money and had no money for tax. It's really the rule rather than the exception. Honestly, while I do all I can to legally reduce their tax liability, one of the joys of my life is watching them when you say okay, you will be owing $25,000 or so, sometimes more, sometimes less. They know it's coming, so why should I feel sorry for them. I pay my taxes. It's no different. I work hard to get their liability down, so I've done all I can. I just love the look. But the typical realtor cannot pay that much right now, so they wait for the next deal or two to pay their tax. Same people, same thing every year. I bet your accountant is the same way. Gives you consoling words, tells you to pay your estimates, knowing you won't, then laughs as you leave. I hope your accountant has told you that their are penalties and interest associated with not paying your estimates. That's just money up a wild hog's butt. Still more the rule than the exception. I would suggest you determine your tax rate and each time you get that commission check pay an estimate. They don't have to be quarterly. Just do it. Of course, you won't. You'll waste good hard earned money and wait on the next deal to pay your tax. I bet you're an October filer too. Sorry, I can't help it, it's just funny.
Like
#6
Inna Ivchenko
Barcode Properties - Encino, CA
Realtor® • GRI • HAFA • PSC Calabasas CA

I just work, without paying attention on failures. They always will be. Anyone has them. But there is a good word for that: NEXT!

I went through a lot of deep downs in this life. I worked very hard to get back. At the end of the day, it is not what you do, how you do it, but WHO YOU ARE. 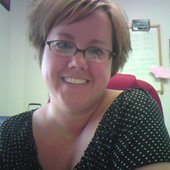 Professional, friendly real estate results for Preble County OH, including Eaton, West Alexandria, Lakengren and more! If you are looking to buy or sell in any area of Preble County Ohio or beyond, I would LOVE to help you. Real Estate should be smooth, worry free and fun...lets make it that way! I'd love to talk to you anytime about your real estate dreams, so just call me at 937-336-2865!