We live in amazing times. Last night as I watched the results come in from "Super Duper Tuesday," I was thinking about how extraordinary what we are witnessing in America is.  Even the pundits are stymied.  For the first time since Harding...it looks like the next president will be a Senator.

From there the odds become even more fascinating.  The four front runners are a middle aged white woman, a young African American man, an elderly white man and white man from a minority religion.  Then there's a preacher who seemed to come from nowhere and has NO money who is winning votes because people are willing to work for him for FREE while the white guy who has tons of money and lots of TV ads can't win enough votes to get ahead.

I'm a little dismayed with this new science of hair splitting the vote.  No one seems to be embarrassed about divving up the electorate into white votes, black votes, Latino votes, rich votes, poor votes, red states, blue states, youth votes, elderly votes...Hey, where's the American vote?  Even more perplexing...there's far more discussion about the likability factor than there is about issues. In fact, anyone who points out issues is now labelled as mean. What??

Oh, who can forget the images of a former president re-running for his or is it her election?

Well, a small town in Michigan has an event taking place this February 23rd which is oddly descriptive.  It is the Outhouse 500...an annual event in which teams parade and race uniquely outfitted outhouses along Main St.  It's quite a sight and includes: a 5K run, Live Music, Children's events, Art Contest and a Chili Blast. Participants seem to have a blast!

Sometimes, reality is more absurd than fiction, sometimes it's not!  With the events shaping up politically this year, I'm not sure which will be more unbelievable. One thing is certain however,...it promises to be a long, long year before this is all over. So, settle down and watch them race the Outhouses!  Unbelievable...but verifiably true. :)

Lola,  It is troubling, it seems that politics is about separation rather than bringing everyone together.  Us vs. Them.  I guess the change I'd welcome would be Leadership (that actually leads), that is about what is truly good for the world, rather than pork projects, and partisan gamesmanship.

But's it's pretty exciting that it's not all middle aged white men very much in the race.

Marc, A very unique event.  Have lived in Michigan all this time & had never heard of it. :)  I'd like to see more specifics about change than just chanting of the word too...we'll see.

Oh, my goodness Jeff...that is too funny. LOL

Hi Lola! Do you think Audu Real Estate will come up with a great toilet seat decor and enter it? 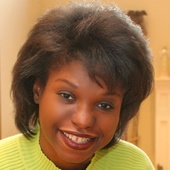