What's all the fuss about Radon?

All the fuss about Radon is that it's a radioactive, colorless, odorless, tasteless gas that occurs naturally as an indirect decay product of uranium or thorium, found in granite. The entire Rocky Mountain region - which is high in decomposing granite - consequently can test high in Radon. This is a concern particularly in basements - which are inherently poorly ventilated, where the gas can collect and reach harmful levels.

The good news is that You can deal with all the fuss about Radon and mitigate its harmful effects on you in your home.

Radon levels in indoor air can be lowered in a number of ways, from sub-slab depressurization to increasing the ventilation rate of the building. The four principal ways of reducing the amount of radon accumulating in a house are:

According to the EPA's "A Citizen's Guide to Radon", the method to reduce radon "...primarily used is a vent pipe system and fan, which pulls radon from beneath the house and vents it to the outside," which is also called sub-slab depressurization, active soil depressurization, or soil suction. Generally indoor radon can be mitigated by sub-slab depressurization and exhausting such radon-laden air to the outdoors, away from windows and other building openings. "EPA generally recommends methods which prevent the entry of radon. Soil suction, for example, prevents radon from entering your home by drawing the radon from below the home and venting it through a pipe, or pipes, to the air above the home where it is quickly diluted" and "EPA does not recommend the use of sealing alone to reduce radon because, by itself, sealing has not been shown to lower radon levels significantly or consistently" according to the EPA's "Consumer's Guide to Radon Reduction: How to fix your home".

Positive-pressure ventilation systems can be combined with a heat exchanger to recover energy in the process of exchanging air with the outside, and simply exhausting basement air to the outside is not necessarily a viable solution as this can actually draw radon gas into a dwelling. Homes built on a crawl space may benefit from a radon collector installed under a "radon barrier" (a sheet of plastic that covers the crawl space).For crawlspaces, the EPA states "An effective method to reduce radon levels in crawlspace homes involves covering the earth floor with a high-density plastic sheet. A vent pipe and fan are used to draw the radon from under the sheet and vent it to the outdoors. This form of soil suction is called submembrane suction, and when properly applied is the most effective way to reduce radon levels in crawlspace homes."

As a home buyer/owner, you should be concerned about all the fuss about Radon and be informed about the radon levels of your home. There are tests kits available now at hardware stores as well as inexpensive electronic monitors that you can leave plugged into your basement.

When it's time to sell, wouldn't it be better to show that your home's radon levels are within limits, rather than having a buyers' inspection reveal at the last minute that your levels are unacceptable - causing them to walk? This happened to us in the Ft Collins area, where we had to scramble and pay $2000 to set up a radon mitigation system ASAP. Fortunately, costs have come down - as more folks come on board, learning what's all the fuss about Radon. 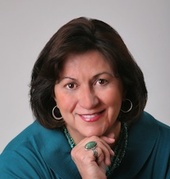