Unfortunately Rip only lived about one year after being removed from the cornerstone. Old Rip was embalmed and is now on display at the Eastland County Courthouse. The display is on the North side of the Courthouse and can be viewed anytime. When in Eastland stop by and take a look at the World's Most Famous Horned Toad.

Show All Comments
Rainer
98,203
Danny Smith
DISCOVER TEXAS HOMES - Round Rock, TX
I'm from New Mexico but when I was growing up there were Horned Toads everywhere! I'm 55 years old now and I can't even remember the last time was that I ever saw a Horned Toad. It's like they just up and disappeared. ` Danny
Jan 20, 2007 01:16 PM
LIKE
#1
Rainmaker
1,483,893
Maureen McCabe
HER Realtors - Columbus, OH
Columbus Ohio Real Estate
Today PETA would get them for doing it...
Jan 20, 2007 07:53 PM
LIKE
#2
Show All Comments
Older Post Newer Post
Back to Top
Generate More Leads from this Listing
With a Trulia Pro Account
Learn More
Find what you need?
See More Blog PostsAbout Real Estate! SEE MORE NOW!
Rainer
6,303 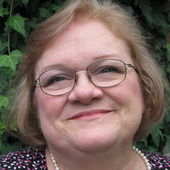