This past week I had the opportunity to spend 3 days in Disneyland at Disney’s Leadership Institute.  It truly was an honor to be a part of the program. Here’s just one of my takeaways that helps make Disney so magical:

1)      Disney believes in “Over Managing” those things which they believe to be critical to their success.  Over managing is not to be confused with “Micro Managing”.  They have determined there are 4 keys that will ultimately make it possible for them to create the happiest place on earth.  By creating the happiest place on earth they’ve successfully built an empire of wealth in the process.  Disney over manages those 4 keys like you wouldn’t believe.  These keys lead to everything they do in a very intentional way.  Nothing, and I mean nothing is ever permitted to get in the way of those 4 keys and they make sure every Disney employee knows them well.  They believe that those 4 keys ultimately make them who they are.  Letting those 4 keys slide in any way would ultimately result in Disney becoming something other than Disney.

The thing that you left out, probably intentionally, and left me wondering "What are Disney's 4 key?"  I know that wasn't the point, but I am now wondering.

Max - thanks for your comments on Disney's approach to management and how it affects others. I refer regularly to my copy of "The Disney Way Fieldbook" for inspiration and motivation.

I did leave them out as none of us are Disney nor should we try to be Disney.  What's important is that we determine our own keys to success.  For illustrative purposes however I'll give them to you:

Notice how profits aren’t on this list.  You could write a book on each of these and different companies will have different keys.  Think of how it plays into your role as a Realtor. If Safety for example is #1 then you would never ever go into any situation that you felt uncomfortable about.  You would rather offend a customer than go into a home alone with them if you had hesitancies about your personal safety, even if it were a 4 million dollar listing.  Nothing ever trumps #1. 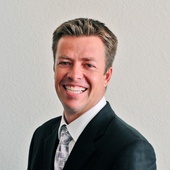 Max's thoughts on sales, marketing, and strategy for the real estate professional.