Charlotte, NC:  I think my title is a country song and I give credit to whoever wrote that since it is so true. When I was a newbie agent back in the ancient past, I had never been in sales other than a few retail jobs while in college so I was a complete blank slate. I believed everything they told me. Fortunately for me, I had an awesome mentor who held my hand through every transaction my first year in the business and taught me about the economy, housing trends, finance, sales, how the governement effects our business... everything! In the innocence of youth, I thought everyone was sincere and honest and straightforward... I thought if someone gave me their phone number they wanted me to call them back!

My philosophy was that that I was going to do whatever it was that Realtors did. Tell me what it is and I will do it, was my mentality. So I called on FSBO's, took phone duty, held open houses, gave out cards to everyone I met and developed a "farm." My mentor, Ralph, took out the newspaper and showed me classified ads people had posted who said they wanted to sell their homes and they did not have a Realtor. "Your a Realtor," he said. "Go call those people and read this script to them. Then let me know what happens." The script was from a Tommy Hopkins cassette tape where I simply asked them if I could come over and see their home. At the time, I did not know that every Realtor in Charlotte was encouraged to call on FSBO's and that I was probably the 15th person who had called them since the ad came out. I listed 2 FSBO's and sold one myself my first month. The second one sold the day after I listed it. "I am going to like this real estate business!" I thought.

Was I scared? You bet! The first FSBO I went to I sat in the car for 20 minutes before I could get the courage up to go ring the bell... even though I had an appointment!  My hands shook so bad I looked like I had somet kind of disorder, which I don't, but I could not stop them. That was not one of the homes I listed.

Now that I have been selling real estate in Charlotte for over 3 decades I have "wised up." Now I know that everyone is calling FSBO's and Expired listings, I know that the people in my farm have friends and relatives who sell real estate and I have no shot at listing their homes. I know that half the phone numbers people leave on my website are fake. I know that internet leads are crap. I know that open houses don't sell homes. I know that newsletters and constant contact only irritates people who really don't want to hear from me that much. Boy am I smart now! Recently I was walking my Cotswold farm and saw some signs that had not been there before. I thought to myself, "Self, what are you doing out here? Those boutique companies that this neighborhood sewn up. They are not going to list their house with you!" The next day I got a call and listed a home that sold in 4 days. Two weeks later I listed another home that sold in 4 days. Smart, huh?

Fact is that 49.67% of my business comes from my sphere and past clients and customers with whom I stay in constant contact with through a personal newsletter, emails and occassional phone calls and birthday cards. 33% comes from our two websites. The rest comes from sign calls and my farm that I hit once a month.

Here's the bottom line.  Just do it! Do not listen to old timers who tell you whatever it is that you are doing will not work, because they tried it...once, and it didn't work.  Find out how to do whatever you're doing right and master it. Be the go-to guy on farming, or expireds or FSBO's or whatever it is that you are good at, like to do and will stick with. Things take time. There is an angel and devil on your shoulder.  Whichever you listen to wins.

Eileen, sounds like you had an excellent mentor! Doing it right and sticking to it is the way to go!

Eileen, spoken like a professional who has been there and done that.  Great words of advice, thanks.

Thanks Maria and Kathy,  I cannot say it has been easy but anything will work if you just do it.   Good luck with your businesses in 2013

Good evening Eileen, great post and I love the pictures of you thru the years.  They are all beautiful like you.  You are so true of your final analysis.  Just get out there and do it and don't listen to the negative voices.  Suggested!!

I think that when we were newbies and so open to trying new things we did well....it is now that we are so "smart" that we forget to do what works!! 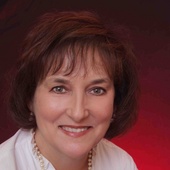 For over 3 decades, we have helped our clients buy and sell appreciating properties that resell well and for a profit... when the time comes. Real estate is the most important investment most people ever make...a home. It is where you keep your most valuable relationships and most intimate parts of your life. It is important and we take that responsibility very seriously. Since this is our life's work...for us, it's personal!