I don't know about you, but I have always kind of associated getting a second opinion with first getting a diagnosis or treatment program one didn't like or agree with. I learned the hard way that you really ought to get a second opinion, no matter what.

Last spring, my mother was diagnosed with lung cancer...in an odd way, it was a relief...they had been concerned it was something much worse (worse than lung cancer? yep) so when the doctor was visibly relieved when delivering the initial diagnosis, we were relieved as well. Then the surgeon who was to operate on Mom was like, "yep, no biggee, we're going to go in and get it, and that'll be the end of it. There's no need to take the whole lobe, we don't take the whole lobe in patients over 75 because, with all due respect, they won't live long enough for it to grow back and matter."

Again, we were relieved to hear a doc being so relaxed and "we can do this" about her surgery...so off she went in July for surgery to remove the tumor and surrounding tissue. All went well - turned out the doc had the bedside manner of an ogre - but all went well, and mom recovered nicely and went about living her life.

They check you every three months after lung cancer surgery...November x-ray: clear. February: not clear. The cancer came back. Doc now says it had a 25% chance of coming back in 5 years (if he said that last year, I don't remember it AT ALL!) and based on her age, and recent cardiac history, he recommended radiation...radiation docs gave it a 60-70% cure rate.

So, this time, we got a second and then a third opinion... and both said she's a candidate for surgery to remove the whole lobe, so that is what they recommended. When you can operate, you operate!

WHY WHY WHY didn't I insist on a second opinion last summer???? Then Mom wouldn't have to go through surgery again at age 80!

The real reason I didn't is because the doc sounded so sure, so "easy" about it all and that was a relief after a scary diagnosis. But I regret that now...

We have come to the realization that her doc from last summer thinks that when you are 79 or 80, you're gonna die tomorrow from something, so what's the point. Nice, huh?

By the way, when I asked him both (last year and the other week), what would he recommend if his own mother were in a similar situation...both times he said "you don't even know if I like my mother." Nice guy, huh?

PLEASE, to any of you reading this, please get a second opinion REGARDLESS of the diagnosis or treatment plan! It never hurts and it can certainly help!

Hi Caroline....wow.... what a story.... second opinions are always necessary.... especially when it's a health issue.... homeowners get three CMA's when they want to sell and that's just a money issue....

Medically I don't think you have a choice. Especially if they want to cut on you. Had an lung operation 13 years ago. Had Viral pneumonia. Still kicking but certainly know everyday the surgeon opened me up.

Ok, Barbara, now I feel even more dumb for not getting that second opinion! (kidding...kind of :-) )

Bill - Well, we knew cutting would be necessary, it's just thatthe doc was so good at selling the "no need to take the whole lobe" and that's a more risky surgery anyway. Luckily though, they should still be able to do it with just two incisions...one about 1.5 inches and one just a hole, really. Did you have to be fully opened up? Sorry you still feel it everyday! My mom rarely complains, so I'll have to ask her if she still feels it too.

Caroline, you can't beat up on yourself about not getting a second opinion.  We are all victims of our conditioning and we've been conditioned not to question authority.  I hope your mother's second surgery goes as well as the first and from this situation you've become stronger and will be an even better advocate.

Thanks, Mona. I generally do question authority, but for whatever reason, I didn't this time, It may have had something to do with the fact that this doc works at one of the best oncology centers on the east coast....but regardless, I regret it now. I just think the whole family was so relieved to have it seem "easy" that we never thought to question. Thanks for your good wishes for my Mom. I appreciate that. And I hope I have learned something from this, indeed!

Apr 27, 2013 11:35 AM
LIKE
#5
Ambassador
2,306,706
Belinda Spillman
Aspen Lane Real Estate Colorful Colorado - Aurora, CO
Colorado Living!
Wow what a story. Tank goodness you were smart enough to get a second opinion. I hope your mom is recovering and has many years to celebrate life
Apr 28, 2013 01:32 AM
LIKE
#6
Rainer
39,453
Caroline Fitzgerald - BestPreppedListings.com
Real Estate Client Prep - Richmond, VA

Thank you, Belinda. She goes in for surgery on Wednesday (5/1) so all prayers and good thoughts are welcome. Thanks. 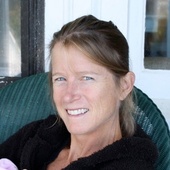