Mike Cooper and his wife have opened their hearts and homes and given Walter a true second chance at a good life.  Without their help his life would be looking very dim.  Mike goes on to share the importance of allowing others as well as ourselves the opportunities for a second chance.  Please comment to  Mike on this heartfelt post.  Thank you Mike Cooper!!

Life is full of second chances, or at least it should be.  Recently, a little furry guy showed up at our house.  He had been at the local dog shelter for a while, and his future did not look good.  He was old, a little cranky and a bit demanding.  My son's fiancee adopted him, and more than likely saved his life.

Rachel already had five dogs when "Walter" went to live with her.  Walter fit right in.  Her dogs get along very well, but like I said, Walter is a little cranky.  Rachel has a mix of small and large dogs.  Walter, one of the small dogs, has had a couple kerfuffles with a few of the big dogs.  His stay didn't look good.

Finally, it came down to a change.  One of the large dogs was going to be given away, or Walter would have to go.  We  know all of the dogs, so giving one of the dogs away wasn't an option.  That meant that Walter would move to the Cooper house.  He's some kind of mix between a Jack Russell and Chihuahua.  He's short, round and opinionated, and he has adopted me.  My wife says it's because we're both cranky old men and we understand each other.

Regardless, he has a second chance, again.  There are a lot of events that take place over a lifetime that remind us of our humanness.  Some of those events can be debilitating if we let them be.  Maybe someone does something to us that hurts us deeply.  Other times, we do something that causes injury to someone else, maybe it's someone we love.  Not all relationships can be reset, and some probably shouldn't be, but when we can extend grace to an offending party, or when we can accept forgiveness and a fresh start from an offended party, we should.

The challenge after that is to start the calendar at that point and not become historical.  You can torment yourself into paralysis.  If you made a mistake, are you not equally worthy of forgiveness as the person who offends you?  If you were offended, it is always to your benefit to extend forgiveness and a fresh start to an offender, when possible.  Often, the offending party doesn't even know he/she has offended you.  You end up being the only one perpetually carrying the offense.  That is hard on your psyche and your overall health.  Like Walter, you're worthy of a second chance, and so are many offenders.  It can be tough to extend forgiveness and a fresh start to an offender, but it can also be liberating. The photo of the little dog is so cute. I don't believe anyone could pass on a second chance for him.

Hi Betty, it is heartbreaking the many dogs and cats that are dumped and never given a second chance.  I am thrilled for Walter for his age would have really been an issue for a second chance.

Excellent choice for a re-blog.  I hope this story will encourage other families to rescue a pet.

Hi Roy, this was such a heartfelt post so I had to blog about our three rescue dogs.  They are such a joy!!

Judith:  Hmmm... "old, a little cranky, and a bit demanding."  That sounds a lot like me.  LOL.  Second chances are wonderful things.  Having the ability to forgive another... well... sometimes that works, and sometimes it seems nearly, if not definitely impossible.  I'm glad Mike and Walter were able to work things out.

Oh, if life only came with a magic wand.

Hi Karen Anne, I am thrilled for Walter and am happy that Mike and his wife opened their heart and home for this little cranky boy.  Thanks for commenting!! 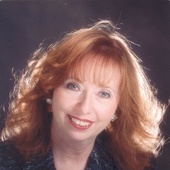