Friends of the US Virgin Islands National Park to Benefit from 4/30 Release             Nashville: Kenny Chesney didn't know what he'd found the first time he went to the Virgin Islands for a video shoot. But over the next 15 years, he found a harbor in the craziness, friends he would have far beyond stardom and a place that grounded him in the beauty of the ocean, the shore and the national parks. Over time, all that would inspire him to write a lot of songs for himself and his friends; now a handful of those songs have become Life On A Rock, which arrives April 30.                Given the powerful role the various islands in the Caribbean have played in his life, the singer/songwriter wanted to do something to honor on all that. To that end, Chesney will donate a portion of the proceeds of the sales of Life On A Rock to the Friends of the US Virgin Islands National Park to insure the legacy of nature for coming generations.                "As the world becomes more developed, protecting these wild places is going to become harder - and the cost of maintaining them needs to be covered," Chesney explains. "It's easy to forget, or not understand when it's a line item on a piece of paper, just one more expense. But if you've ever seen the trees, the oceans from a ridge, the way it all tangles together, you realize how important making sure lands like this exist for the people who come after us is...                "For me, Life On A Rock comes from this place, so I want to give something back, so it's there for others. Let them find the peace and the awe that I did for so many years. And I like that the music can be connected with protecting something so important."                The Friends of the US Virgin Island was founded 25 years ago, with the sole intent of protecting and preserving the natural habitat in the US Virgin Islands. The organization has been responsible for creating and maintaining accessible trails, beach restoration, coral reef research, various educational projects including ranger-in-training camps and hands-on learning for school children, ship mooring, archeological preservation and underwater explorations, as well as general staffing, volunteers and maintenance. "It also includes cultural preservation with relics from the Pre-Colombian Amerindian Civilization, remains of colonial sugar plantations and reminders of African Slave and Substistence Culture during the 100 years after Empanicaption.*                "Our national parks are one of those things you might not think about." Chesney explains. "But once they're gone, you can't get them back, so protecting and maintaining them is so important. I know: I've spent hours in these parks, on these trails and beaches. Over the years, they've been a big part of my time away from the road, and I think they're a great sanctuary for all of us. To me, to connect these songs with something so special is both an honor and a chance to call awareness to the Friends of the Park."

Tags:
kenny chesney donates portion of life on a rock 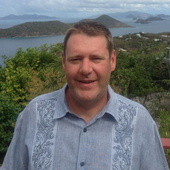