I always knew banner ads didn’t work very well, and have always opted for Google AdWords Text Ads instead, but when I came across this article from HubSpot I was shocked.

The average banner ad has a 0.1% clickthrough rate (CTR), and the standard 468×60 banner has a 0.04% CTR. Those numbers are pretty shocking, but the stats below are almost depressing.

Nice post James, though I cant say Im shocked.  I for one am so tired of having things sold to me regardless of what Im doing that Ive made a decision to actually avoid purchasing from companies that participate in obnoxious banner or pop up sads, I'd never click one.

James, I am not that surprised. I use AdBlock a Safari extension to block ads, so I don't even see them. Banner Ads are so common that after a while we just make a habit of ignoring them. Even commercials ads on Tv, I rarely watch them. Now and days as soon as the commercials come on I grab my phone, or if its recorded I fast forward. Even when I do watch the ads, some of the commercials are funny but I normally am never persuaded to buy anything.

This is not only  too funny, but quite sad.  I did not think they worked, but now I more convinced than ever.  Frankly, I cannot even remember clicking on one.

Occasionally, I use ones I designed myself  on my own sites to drive targeted traffic (Click here to search homes in sample subdivision) and they work pretty good as long as they are not overused. 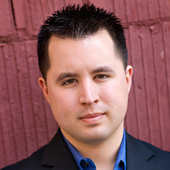 Yelling Mule
Ask me a question