I actually feel pretty silly that I didn't think of recording conversations before. After all, every time I call my bank or my hosting company I am told that the call may be recorded for "quality assurance" or something of the sort. Yet, I've never put it in the context of my own quality assurance.

That's because I've never actually had an angry client. I know that sounds like nonsense, but I never have. If someone is dissatisfied with me; I'll make it right. I also choose my clients carefully. Fortunately, the person I made upset was not a client.

I spoke with someone a couple weeks ago and provided a quote and some information. They called me back today and, not only did they misunderstand something I said, but they wildly misunderstood. To be totally honest, I don't know if they are simply lying-- which some people think is a negotiation tactic-- or if they genuinely believe I verbally provided them an outlandish proposal.

I can remember faces I've seen briefly, years later. I can remember exact words from conversations I've had a year ago and can recite the conversations verbatim. I always thought I was meant to be an attorney... Women who have dated me have suffered greatly in their negotiations. Now there are two of us that remember "exactly what you said three months ago!"

I'm positive that I didn't tell this guy that I would "make him number one in Google, guaranteed," as he claims. I know I didn't say that because I would never say that to anybody. I do guarantee my SEO services, but not over-the-telephone and never without doing a complete SEO audit first. I have never seen this guy's website. Not to this moment, in fact.

But I'm recording all inbound calls from this point forward so that if anyone ever claims I said something I didn't, I'm going straight to the tape. I set up a free Google voice account a while ago, but just haven't used it.

It's (602) 888-GURU; which I think is pretty cool. Of course, I will publish my number as (602) 888-4878 with the "GURU" version in small print below- instead of the other way around. Why do so many businesses promote the letter version more prominently?

Anyway, you can get your Google voice number for free, right here.

Right now, you can only record inbound conversations, but I can work with that. I try to do everything by email anyway, but now I will be more open to speaking on the telephone. I just have to make sure I say, at the beginning of the conversation, "I just need to let you know that this call is being recorded for quality purposes."

It's sounds silly as heck, but I want everyone to be happy. I hate misunderstandings.

Thanks to Google voice, I've eliminated the only area in which I could be misunderstood. All communications I have will be in writing or recorded.

I honestly believe it's better for both parties that way.

Here are instructions to record your calls using Google voice.

Why are you doing this after just one complaint?  If it were a regular occurence, I would understand, but you might alienate some clients who don't want to be recorded.  Yes, we are recorded all the time, but all the same, but mostly with huge companies.

Margaret- I'm not sure who is afraid of being recorded nowadays, because we are recorded every where we go. However, for clients who feel alienated, they are welcome to use my much preferred method-of-contact: email.

If they don't want to write it down in black and white or talk on the telephone, they'll just have to work with another SEO consultant.

Michael, I suspect the use of this might vary legally from state to state, but I didn't sleep at Holiday Inn and I don't have that piece of paper that lets me practice law.

Hi Corrine-- most definitely. Upon hiring, everything is in writing. This is strictly for people that call and want to discuss SEO pre-sale...

Michael...I think your the bees knees when it comes to SEO services!  It sounds like this guy ruined an opportunity...his loss!

We use google voice, but for a different reason/benefit.  We are diverting our out of state callers here, for less interuptions.  I can choose when/whether to take these calls wo/ cluttering up my asst's line (since she's the one that answers all the local customer calls) and the voicemails are recorded.  and, there's a transcrsipt (although they have some work to do on those).

One trouble is, I believe, related to when I hear "recorded for quality purposes" I confidently presume the company is lieing to me about why they are recording the conversation.  But I put up with it because they are big corporations and I've been there among them and I know why then need to record.  Unfortunate they feel they need to lie  to me with their absoluate B.S., and unfortunate they get by with it.  But I would not grant the same slack to an individual person, particularly a single-shingle guy I'm about to perhaps do business with.   Sure will be interesting how this plays out for you, Michael.  Guess if I had any advice, or do it myself, rather than feed a line of B.S. about "for quality purposes," I'd level with them in a diplomatic way and say "to be sure I can recall how you describe your needs and you can recall some complex ways I provide service."  Or like that.  Good luck on this.

I really thought this would be a good idea- but it seems that most people disagree. I respect Mr. Lee Alley a great deal of course. I guess I'm going to give this some more thought. I just want to prevent misunderstandings, but maybe this is the wrong approach.

This is why we have ActiveRain!

Hi Michael - probably best to move on and away from this potential client. Thanks for sharing the Google Voice feature. Regards Dave

I can understand your frustration but a HUGE word of caution here. If you're going to record a conversation I suggest you give the notice you hear on other business calls. That is that the call will be recorded. The reason is in some states, Maryland being one, recording an audio conversation without prior notice and consent is a felony. There will always be people who will misrepresent what you say to them but make sure you protect yourself. There are some exceptions where there is no expectation of privacy but a phone call is not one of them.

How interesting...I've never even thought about recording phone conversations.....

I keep text messages and emails.....well, some customers just not easy.....don't take it personally.

Seriously smart! (going to make note of that link for the future) and yes, I was on the phone the other day with a customer and I must have said 5 times, I don't guarantee any rankings! He was certainly trying to get something out of me. I finally said, run from anyone that can promise a position. He finally conceded into working with me... but boy, that recorder would have come in handy. Thanks Michael,

I did not realize that there was such a thing and I, too, would caution recording without some kind of disclaimer...you know how people can be!

Michael, I support the recorded calls. I have no issue being recorded either. I've had some interesting experiences with some, shall we say, interesting characters over the years and I too feel it is a good business practice to record calls. It's a layer of accountability that protects everyone!  IMHO. 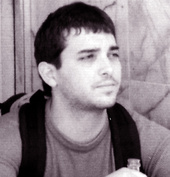