The number of residents downtown has increased 32% since 2000, with 737 planned units in the construction pipeline. A stadium for the minor-league baseball team the Birmingham Barons has been built at Railroad Park, a green space created on a former industrial site next to a rail corridor. Office space absorption was positive in 2012, with net 126,000 square feet leased out, and downtown employment density relative to the southern city’s size is comparable to Philadelphia’s business district, according to REV Birmingham. 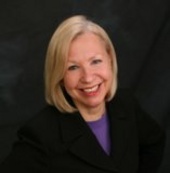