I have to post this entry because as someone who previously sold real estate and has chosen to pursue home staging full-time, I have to give the utmost respect to home stagers because when it comes to a lack of performance on a property everyone always quickly blames the home stager.

I recently staged a home for which sold for more than the neighbourhood or surrounding market would honestly bare, but I was criticized because the home didn't receive multiple offers.  The question is:  Was the home priced to receive "multiple offers"?

How do I know this?  It is simple.

1.  This particular neighbourhood is not the most desirable neighbourhood in Toronto simply because it not located within a premium school district, it is located NEXT to the most desirable school in Toronto's school boundary, sadly falling 2 streets shy.  This particular home's location is situated in an area where the associated public school is ranked 14th for this subdivision.

2.  It is a two-story new build sounded by smaller 50 year old bungalows.

3.  It is situated on a corner lot, generally the least desirable locale.

4.  It is on the opposite side of the street from the ravine, meaning it doesn't back on to the ravine, it backs on to another house.

5.  You waited and stalled to put your family home on the market until March Break when we had one of the coldest winters we've had in the last 5 years and most families had flown south to warmer climates.

So when I was told the home receive almost $1.6 mil and the far more desirable and affluent neighbourhood had a comparable home sell at the same time WITH multiple offers for ONLY $1.75mil I think really?  It is my fault that your home received MORE money than it probably should have with a great offer and sold in two to three weeks?

I really don't understand why people bother to criticize.  When someone does a great job, just thank them and then be on your merry way! 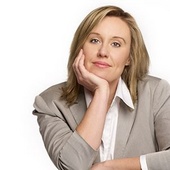 Home Selling about 2 years ago
bookmark_border
Can You Spot The Tricks I Used To Make This Condo ...
View more Recent Posts   arrow_forwards