Bill Fitch Speaks at the Magnolia Lions Club, May 6th, 2013.  Bill Fitch has a long and famous basketball coaching career, but to Houston fans he will always be known as a Rocket's Coach. Bill Fitch is an American former National Basketball Association (NBA) coach who has been successful in coaching teams and getting them to the playoffs. His speech was a collection of anecdotes he was very comfortable answering questions from the audience. He was gracious enough to take pictures with audience members. Alex Hardee even wore his Rocket shorts and lanyard.  To hear the words of a man that has coached basketball greats such as Larry Bird and others was inspirational.

Are you a member of the Lions Club? If you are, does you feel like it helps your real estate business? 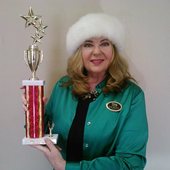 Specializing in Residential Real Estate and New Home Construction in Houston, Tomball, Magnolia, Pinehurst, Stagecoach, Decker Pairie, The Woodlands, Conroe, Waller, Cypress & Hockley. I am a Century 21 Agent and I also represent a custom home builder, TexStar Homes. My posts include my listings, the model homes, as well as real estate news beneficial to clients. Additionally, I will post event information for Houston, Tomball and Magnolia. I also love to travel and will post pictures when possible. Included in this category is day trips from or in Houston. I love gardens and museums and take pictures whenever possible.