Mount Rainier, the tallest mountain in Washington State was once only 14,410 feet tall.  Then it was measured by satellite and is now 14,411 feet tall.

Enumclaw, Washington is commonly referred to as the gateway to Mount Rainier.  The drive is always scenic.  Often, you will see deer and even sometimes elk as you drive up to the mountain from Enumclaw.  Enumclaw is located about an hour from Seattle and about 45 minutes from Tacoma.

The Enumclaw Plateau, on which the city resides, was formed by a volcanic mud flow (lahar) from Mount Rainier  approximately 5,700 years ago.

The name Enumclaw is derived from a Salish Native American term that translates as "place of evil spirits", apparently referring to Enumclaw Mountain, located about 6 miles to the north, and referring either to some evil incident that occurred there or to the frequent powerful windstorms that affect the region.  native American mythology tells the story of two Pacific Northwest native American brothers - Enumclaw and Kapoonis - whose father turned them into thunder and lightning respectively. The City of Enumclaw says the name means "thundering noise".

Kind of cool to know some of the history behind our little town.

The real estate market has been a bit cool and is finally showing some signs of life.  A year ago, we had about nine months of inventory on the market.  Today, there are only 3 months of inventory.  Our current statistics for the month of April are as follows:

Tune in next week for specific Enumclaw neighborhood reviews.

That is sure a wide variety of home prices. Nice amount of pending sales, hopefully that continues getting better. Great photo.

I noticed that some of the stats ranged from 0 to 180 days.  I just wanted to show the month of April.  I have posted the corrected numbers.  The perils of blogging late at night.

Roger, having that view from a backyard would be precious!     Great market report with valuable information for buyers and sellers!

You do seem to have a good number of listings and activity there. By comparison, the city of Napa has 72,000 and only 203 total active, not in escrow listings. There are 183 in escrow. Nice report and good info about the area, cheers cvc 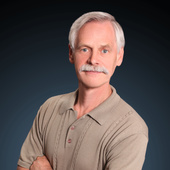