In addition to the six schools receiving their first year award, five other schools and Arlington Echo are re-certified. Bringing the total number of facilities to 58 in the county with the designation. Congratulations to Edgewater, Lake Shore, Overlook and Severn Elementary Schools and Annapolis and Magothy River Middle Schools on earning your first certification.

In order to receive the green school status, schools and facilities must complete and document certain activities over a 2 year period including establishing an effective and proactive environmental program. The successful schools must have "green" thinking in all aspects of the school or facility from the staff to community involvement.

After schools and facilities have received the award they must maintain the culture of environmental awareness and are encouraged to apply for re-certification every four years.

For more information on how to obtain the green school certification please visit The Maryland Association for Environmental & Outdoor Education website.

Looking for a home in Anne Arundel County or the surrounding area? I can help! Call or email me for a home buyer or home seller plan tailored to your needs.

It is really good. I don't think we have anything like this here in Los Angeles and Valley. It would be great to teach kids to think 'green' and be environmentally conscious ( so, they can teach their parents, too:)

Inna ~ That is ashame there isn't anything like that there, I think it's so important that the kids learn how to care for the environment and it's exciting to see more schools get involved each year. 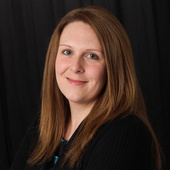