Gijs, You make a good case for considering all the angles before ruling out moving to France. Hopefully you will get some calls saying we are ready to take the plunge. 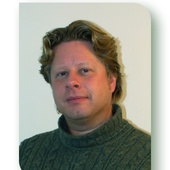 DREAM-HOMES... THEY STILL EXIST… The feeling of wellbeing, with family , friends, a couple or all alone... The Small and Dedicated Team of TERRES DE FRANCE, firmly installed in your own favorite area and speaking your language, are these people. They are in love with France and have adopted the country for many years. You can count on them for everything and from beginning to end. Give yourself the luxury of trust, and let life begin.