Commercial real estate in Kailua will never again be the same when the Harold K.L. Castle Foundation sells its commercial real estate portfolio, which is managed by Kanoehe Ranch.  These holdings were recently put on the market, according to the Pacific Business News, this morning.

It is not yet known what the offer price for the Kailua real estate is, but it is my estimation that Kaneohe Ranch's holdings include about 3/4 of all Kailua commercial real estate, so the price will be in the hundreds of millions.  The Castle Foundation owns interests in the commercial real estate in downtown Kailua shopping centers where Whole Foods, Safeway, Foodland, Long's Drugs, Macy's and Times Market are located, among other areas and major tenants. The Kaneohe Ranch portfolio also includes interests in some Kaneohe, Honolulu and Mainland locations.

The effect on its Kailua tenants and the future development of Kailua Town, in general, remains to be seen. Kaneohe Ranch has been progressively tearing down and rebuilding, and refurbishing commercial buildings in Kailua, with an overall goal of creating a walkable, pedestrian, and community friendly Kailua Downtown Plan.

Earlier this year, Kaneohe Ranch also closed on the sale of over 67 acres in the Hamakua Hillside and Marsh to the State of Hawaii, as part of its wetland and watershed protection, endangered species protection, open space preservation, and public education and recreation efforts.  In 2011, Target Corporation bought a large parcel of the Castle/Kaneohe Ranch property for development of a Kailua store for $22.5M. This is big news for retail businesses in Kailua.  It will be important for everyone involved to follow this closely to see how it will affect them.  Thanks Yvonne! 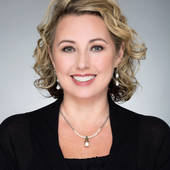