Other concerts schedule for summer 2013 at the Calvert Marine Museum:

July 5, Daughtry and 3 Doors Down

Chris Daughtry came into notoriety as a season 5 finalist American Idol contestant whose band has had four No. 1 hits with multi-platinum band status, four Grammy nominations, winner of four American Music Awards, selling over 6.5 million albums and performing at sold out concerts world-wide.

3 Doors Down is an American rock band who formed in 1996. The band rose to international fame with their first single, "Kryptonite", a top three Billboard Hot 100 hit.

Bad Company is a highly acclaimed English band from the classic rock era that will be appearing at the Calvert Marine Museum. Their well known hits - Feel Like Makin Love, Rock and Roll Fantasy, Ready for Love, and more.

The McNelis Group, LLC is a proud sponsor of the Calvert Marine Museum

Coastal Living Magazine  has named Solomons, MD as one of America's Happiest Seaside Towns in 2012. 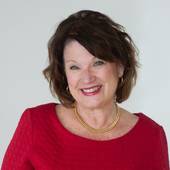