I feel compelled to share this story as I have followed Gail, a fellow agent in Connecticut, and her husband on their "journey".  In the last few months she has had so much to deal with, and the Bank issue on top of it all... I made all the trial loan modification payments on time over the phone via my BOA Customer Relationship Manager, yet today I received a FedEx letter stating that my permanent loan modification was DECLINED.  At the same time as the letter arrived, the hospice nurse came to sign my husband up for in-home hospice care.  Can you believe this????

The letter from BOA states "Thank you for contacting us regarding the Home Affordable Modification Program.  While we realize this decision comes at a difficult time in your life, we regret to inform you that we are no longer considering your request for a modification because after being offered a Trial Period Plan, you did not make the required Trial Period Plan payment by the end of the first month of the trial period."

I made the first trial payment on 3/4/13, the second one on 4/2/13, and the third one on 5/2/13.  The original letter from my BOA Customer Relationship Manager outlining the terms for the trial period dated 2/25/13 stated, "To participate in the Trial Period Plan, make your first month's trial period mortgage payment as soon as possible, but in no event later than 30 calendar day after 4/1/2013."

This was so upsetting that I could not focus properly on getting my husband admitted into hospice.  My husband is very upset.  He has Stage IV, Pancreatic Cancer and was diagnosed 4 years and 4 months ago.  He's now in the end stages of the illness.

Can you see where I made an error?  Perhaps I'm not thinking straight due to the stress of putting my husband in hospice today.  It's an emotional day.

Why wouldn't my BOA Customer Relationship Manager call me to tell me ahead of time that this letter was going out?  Why won't she return my calls.  I have had to ask for an Appeal, but this is the last thing I need to focus on right now.  My attention should be 100% on my husband in his final days.

Links to previous posts where the AR community rallied around us to convince BOA not to foreclose on our home:

Thank You to My AR Friends and Friends of Friends

7 PM UPDATE:  My BOA Customer Relationship Manager called and left a voice message stating that the letter was incorrect.  My trial plan has been completed.  They are reviewing the situation to see which department sent this out and why.  She told me to "have a wonderful day."  Yikes!  I hope that they put in writing that the letter was sent in error.  Thank you all for reblogging, Tweeting, Google Plussing, and FaceBooking this post.  BOA needs to know that my AR friends are watching out for me and won't let up until the permanent loan modification is in place.  Thank you so much!  I love my AR family!

5/20/13 UPDATE:  Two people from BOA called me.  I now have a new "single point of contact".   The first person was from the office of the CEO & President in the Loan Modification Group.  She said that she will get a letter to me by June 1.  I told her that wasn't acceptable.  I want a letter by tomorrow via FedEx stating that the letter they sent me denying me the loan modification last Friday was incorrect.  She said they couldn't do that as they need to research my case!  I then got a phone call from my new "single point of contact" and he said my case had been escalated and what had happened was that I had been approved for a HAMP loan modification, but then that was superceded by a BOA Internal loan modification.  The denial letter was on the HAMP loan mod.  I said if that was the case he should have no problem putting that in writing and sending a letter to me via FedEx for arrival tomorrow morning.  I admit was extremely emotional which is not like me, but my husband only has a few days before he becomes unresponsive according to his hospice nurse.  I took my husband out into the sunshine on our back deck and he burst into tears.  He said it felt so good!  He's been through so much.  By June 1 he will not be here.  Please keep up the pressure to get that letter from BOA into our hands now!  I want my husband to know that I will be able to keep our home before he becomes unresponsive.  Thank you!  We both had nightmares about BOA last night.  Our home means so much to us.  My memories with my husband are here.  Thank you.  I'm rambling.  I'm sorry.  Bless you all!

I hope Gail and her husband get the letter and that the double-talk of BoA is stopped...

So do I, Wallace.  This is really the last thing she (they) needs to be worrying about. 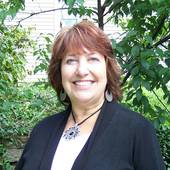