Memorial Day holds special meaning for me today, as I continue to mourn the loss of my beloved father just a couple of months ago. It seems like yesterday that we were playing in the park as a kid, or he was standing by me as I graduated from LSU. He was always my best friend and simply proud of me, but that day was especially happy for him, as I took the stage to collect my BFA from the COA+D. See, my father had attended LSU after being discharged from the Marines after being wounded and honored with several medals including the purple heart whil serving in Viet Nam. He was a HUGE LSU fan, football, basketball & baseball, and had taught me to love them as well. While other kids dreamed of going to Harvard or Yale, I dreamed of going to my father's alma mater and making him proud of me. Little did I know, he always was; whether it was while I learned to play the piano (badly) or ride a bike or while I struggled to find my way.

Both of my parents grew up very poor. My mother in Brownsville, Texas, and my father in Kentucky and Michigan. They both chose to serve in the military in order to escape poverty and in order to serve our country. My father signed up with the marines when he was only 17 years old, intent on fighting in Viet Nam. My mom and dad met in Camp Pendelton while being stationed there and fell in love before my dad was shipped off to fight in that horrible war.

My father was shot on the coast of Chu Lai the same day my oldest brother was born, and was subsequently shipped back to undergo numerous surgeries on his back (he was thrown off a cliff into the water) before finally being discharged for "the convenience of the service."

My dad was a hero. He fought for our freedom and he fought for me, even though I wasn't even born yet. As I've already said, he was my first and best friend and we were like two peas in a pod. My life has been empty since he's been gone, but I struggle to carry on and continue to work to make him proud. To that end, I am raising money for military veterans and their families and working on starting a charitable organization in his name.

This Memorial Day, i salute our brave men and women who have lain down their lives in order that we should be free.

Here's some info on observing Memorial Day From wikipedia.org

On Memorial Day the flag of the United States is raised briskly to the top of the staff and then solemnly lowered to the half-staff position, where it remains only until noon.[38] It is then raised to full-staff for the remainder of the day.[39] The half-staff position remembers the more than one million men and women who gave their lives in service of their country. At noon their memory is raised by the living, who resolve not to let their sacrifice be in vain, but to rise up in their stead and continue the fight for liberty and justice for all.

The National Memorial Day Concert takes place on the west lawn of the United States Capitol.[40] The concert is broadcast on PBS and NPR. Music is performed, and respect is paid to the men and women who gave their lives for their country.

For many Americans, the central event is attending one of the thousands of parades held on Memorial Day in large and small cities all over the country. Most of these feature marching bands and an overall military theme with the National Guard and other servicemen participating along with veterans and military vehicles from various wars.

This Memorial Day weekend, I will be holding an open house and invite you to come have a drink with me, see a beautiful home and raise a glass to our men and women who've died for us. And help me honor my father by celebrating the best way I know how, to work in service of others. This post is not intended as an advertisement for my open house, so I will simply ask you to see the next blog post for a video and information on my open house.

What a very beautiful tribute to your father for Memorial Day Jerry.  I know he is proud of you, even now and you are going to have a fabulous open house!!

Thank you Brenda! Have a great weekend!

Jerry, what wonderful memories you have of your father. Memories are what I hold on to dearly for loved ones I have lost, no doubt this works for you as well. Hope you get a great turnout at your open house.

Thank you Kathy! It's gonna be a wonderful weekend with lots of memories (no pun intended). 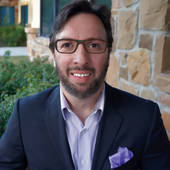 Just for Fun about 9 years ago
bookmark_border
Come have a drink (or ten) at RE/MAX Access!
View more Recent Posts   arrow_forwards