I am a self-proclaimed foodie. As a foodie, I spend most of my free time yelping new restaurants in Seattle to eat at. I love trying new foods and am open to almost anything! (The other day I even tried Balut!)

I heard about Revel from watching Iron Chef on the Food Network. The competitors for the challenge were local chefs from Seattle: Chef Rachel Yang and Chef Seif Chirchi. It was briefly mentioned on Iron Chef that Chefs Yang and Chirchi had two restaurants in Seattle. Being the foodie that I am, I googled the restaurants and came upon Revel; a restaurant highlighting Korean Fusion cuisine. Traditionally known as 'bibimbap', Revel captured the flavors of a bibimbap perfectly while still keeping the presentation very 'Revel'. The sweet and savory short ribs were cooked to a perfect medium-well. The slightly bitter mustard greens were also the perfect compliment to the meat. As always with Korean cuisine, there has to be Kimchi. Revel puts a slight twist on kimchi by using daikon radish instead of napa cabbage. Using daikon created a refreshing crunch to the overall dish. To top it off, the egg yolk harmoniously married all the flavors of the dish. The dumplings at Revel are a must! They are cooked by steaming on a flat iron grill under a metal bowl. This technique not only allows the center of the dumplings to be juicy, but also wonderfully crispy on the outside. The peanut oil and cilantros were an extra touch that married the flavors of the dumplings! I highly recommend this dish! The last and final dish of our evening was the Roasted Duck and Smoked Tea Noodles. This dish definitely stood out because of the flavor profile and originality. While the dish itself was not a traditional Korean dish, it had all the ingredients that Koreans commonly cook with. The noodles were house-made and had a nice chewy texture to them (almost as if grandma herself made it!) The duck was tender and spiced beautifully in a way that married well with the other ingredients. The dish was very comforting and resembled exactly how Korean cuisine should be.

Revel is a restaurant not only for daring foodies but for those who have an interest in Korean cuisine. It highlights Korean cuisine beautifully while still being original in the sense that all the cooking techniques derived from French cuisine. I recommend Revel to anyone who ventures the Fremont area and also to those who have a genuine interest in fusion foods, Korean food, and just overall good food.

Juliette, what an incredible first post! I thought I was a foodie, but you've got me beat! Welcome to ActiveRain! Let me know if you need any help here!

Ok, now I see you're on staff! I still love your post!

Welcome to Activerain from from all of us at Ken's Home Team. I think you will find this site to be a wealth of knowledge and referrals. This really is the best real estate blogging and real estate network on the internet. If you have any questions about Activerain, reach out to the wonderful Ambassadors here in the rain. (They are a wealth of knowledge and were picked by the Activerain staff for their williness to help others)

@Connie: Thank you Connie for your warm welcome! I am thrilled to join the staff team as well as the community here at ActiveRain. Everyone has been so kind and friendly, I know that I'm going to enjoy my time here! :)

@Ken: Thank you Ken!! I'll definitely reach out to the ambassadors if I have any questions. Also I see that you're located in Vancouver! Whoohoo~ Go Washingtonians!

We don't have many opportunities to sample Korean food in St. Thomas but I too am a self-proclaimed foodie. The dishes look very tasty and I am sure I would enjoy them.

I just stopped in to say how much I appreciate your dedication to Active Rain. Keep up the great work! I love this community.

Juliette- Welcome to the AR family. My favorite Korean food is KimChi and I eat it every day. I have been to Korea several times. I owned TaeKwonDo schools in Lynnwood and Federal Way and a club in Redmond. I lived in Lynnwood for 5 years. Katerina 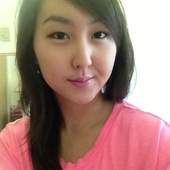