If you’ve come across the term "zombie foreclosures" in recent months, it wasn’t referring to voodoo parlours whose priests couldn’t pay the mortgage.

Not exactly dead, but not exactly alive, they are properties stuck in a kind of zombie-like limbo. They are homes that have been abandoned by their former owners at some point before foreclosure. Now they are sitting there, accumulating on-going taxes, liens, and gradual deterioration while the bank decides what to do (or not do) about them.

According to RealtyTrac, there are probably 302,000 "zombies” nationwide, so the odds are, some are going to be here.

Whenever you search for bank owned properties in Fairfield County, keep an eye out for the zombies. Because the legal owner has moved on, he or she is likely to be highly motivated to sell via a short sale. But…while local bank owned properties — those that have completed the foreclosure process — have any outstanding taxes clearly listed on court records, a zombie property may be harder to investigate. That’s one reason why knowing you are dealing with a zombie is important.

Before writing an offer for zombies or bank owned properties, inspecting is vital. If a home spent time as a zombie before being listed in foreclosure, damage could have resulted from neglect, or even vandalism (nowadays, copper piping is a frequent target). Lack of central heating during cold and wet periods can lead to mold — and zombies seldom pay utility bills.

Some areas are more affected by foreclosures than others, and a concentration of zombie properties creates its own problems. An empty neighborhood is more likely to attract squatters or looters; neither of which helps property values. But in some areas, that’s a temporary situation. Realistically gauging a neighborhood’s impact on long-term value is a key part of the common sense approach that makes for good investing.

Zombie foreclosures aren't exactly alive, not quite dead, and not really foreclosures, either (at least not yet). I’m happy to report that even as the market heats up, you can still identify bank owned properties in Fairfield County that are worth investigating. Call me 203-414-9435 today!

Claude, the title of your post caught my attention.  I had never heard the phrase before.  I actually know of a few zombies. Good points about their lack of maintenance, buyer beware, etc. 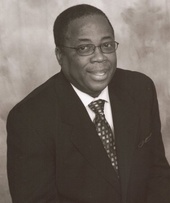