Orlando’s housing market is back on the rise. With low interest rates and prices quickly on the rise buyers are back in the market ready and eager to buy.  Earlier this month CNN stated that “Orlando Florida is up 63% for real estate and one of the TOP cities where real estate is being flipped and making huge profits. Home values and prices are expected to go up 3.3% annually until around 2017 when they are expected to begin to level back out”.  Here are some of the market highlights and our predictions for the rest of 2013:

Read the rest of the market report at: The Pink Flamingo-Everything Orlando Vacation Homes

Glad to hear that things are going well in Orlando, Erica.  Hope you have lots of success!

May 30, 2013 05:03 AM
LIKE
#1
Show All Comments
Older Post
Back to Top
Generate More Leads from this Listing
With a Trulia Pro Account
Learn More
Find what you need?
See More Blog PostsAbout Real Estate! SEE MORE NOW!
Rainer
27,275 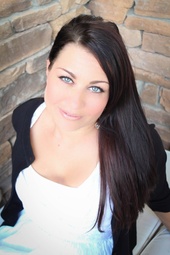