Before air conditioning Florida was only for the hearty types in the summer. If you look at an old map of Florida you will note that most settlements and cities were developed near a coast line. The center of the state was mostly empty.

Florida land is still by many measures inexpensive when compared to other states to the north and west. There are some 40 million Baby Boomers out there, the question that begs an answer is: “if I were retired, had arthritis and was tired of long and expensive winters where would I move”? The answer for me was Florida!

Unless you were hiding under a rock you would not know that Florida, according to the last US Census was beaten by only two other states in the Union.  The population of Florida grew 1.4% from 2010-2011, which is .5% higher than the national average.

Florida has always been a huge retirement destination, and as more baby boomers hit retirement age, they are naturally drawn to the warm shores of Florida and the freedom of having no state income tax. Florida is also a favorite of immigrants; Miami is the gateway to Latin America while Orlando is the premiere vacation destination world-wide. What British subject would not want to own a property near Disney for their annual “fortnight” vacation? All these different groups keep the population swelling and the culture robust.

Looking over the figures I provided throughout this piece and the four key factors outlined previously, Supply, Demand, Affordability and Growth I hope you have come to the same conclusion I have “that real estate in Florida is a buy”!

I can’t vouch for the veracity of this conclusion in the future as elements beyond our control, may in fact affect the outcome reached in this post. I firmly believe that today's market represents one of the best times in history to purchase real estate in Florida.

Harper & Fabré is a mortgage brokerage firm located in Central Florida, and we work prospective buyers who need financing and with Realtors®. Our tools, systems and strategies help them grow their businesses. We love what we do and it shows. 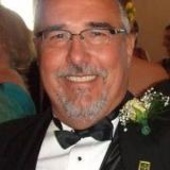