Just outside of Downtown Denver lies Sloan's Lake Park Neighborhood. The lake itself did not exist until Thomas F. Sloan accidentally tapped into an aquifer and turned what was supposed to be a well into a beautiful lake. Sloan's Lake is the second largest park in Denver and has great bicycle trails and sidewalks for jogging in the area. There is a wide variety to do while at the lake as well, including fishing, boating and even jet skiing. Activities on the Lake are a prioritity in the area as the annual Colorado Dragon Boat Races happen every year. Its' location and space draws in a great deal of people to the area and is an epicenter for local families and businesses.

The nearby Berkeley & Highlands neighborhoods bring great historical resonance to the area, with beautiful historic homes and districts like the Potter-Highland Historic District. Great preservation efforts have been made to allow the integrity of the past to survive alongside additions to the neighborhoods around Denver. By keeping the history of the area intact, the population growth of the area has stayed steady and allowed for more diverse residents to integrate and expand the communities around Edgewater and Sloan's Lake. Nearby businesses operate an Art walk on Tennyson Street the first Friday of every month to bring together local shops, bars and artists. The Sloan's Lake Neighborhood has also been modernized to an extent with the addition of the Denver Light Rail running down nearby W Colfax Ave allowing quick access all around the Denver area.

For help finding a home in this lovely locale, visit themyersteam.com! 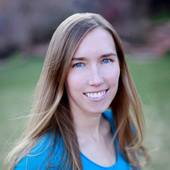