Where The Buyers Are... June 2013 Market Update Homes in Fort Collins, Colorado

If Connie Francis had been a REALTOR, then "Where The Buyers Are" would have been her chart topping hit instead of that other song/movie that made Fort Lauderdale famous (and no, I'm not old enough to remember that - I was born 3 years later). In preparation for the monthly update of statistics, it occurred to me that potential sellers might be interested in seeing a breakdown of how last month's sales shook out in terms of price point (i.e. where the buyers are).  As I picked through the month-end data it showed that 63% of the 318 single family homes sold in Fort Collins Area 9 last month were between the prices of $160,000 and $299,999.  A little more digging showed that 66 homes, or 21% of homes sold in this area were priced between $300 and $400 thousand dollars.  When you add it all together, more than 84% of all single family home transactions in Northern Larimer county sold for less than $400,000.

If you've read my market reports in the past (insert link to page here), just like elsewhere in the country inventory levels have plummeted significantly the last 4 years.  When you look at May 2013 compared to the same time last year, the number of homes available for sale is down another 16%.  This is the first time the Fort Collins market has had less than 1000 units available in May since the turn of the Century 13 years ago!  Yet, year-over-year sales volume is up 18.8% for the month and over 27% year-to-date. As of June 5th at 1:45 p.m., there are 521 single family homes active on the market under $300,000.  When you filter out the homes that are under contract, you're left with 248 actually available to buy.  That's little more than 1 month of inventory based on current sales figures.  With demand outstripping supply, the economic reality is that competitive offers have become the rule rather than the exception and this is leading to higher prices in the most popular price points.  The median price of homes for sale in Fort Collins has jumped nearly $28,000 from last year ending the month of May at $266,500.

Nearly two-thirds of last month's buyers snapped up homes under $300,000.  If you've been on the fence about whether now is a good time to sell a home in this price point - it isn't shocking that your fence is being electrified!

Groups:
Almost Anything Goes
Bananatude
The Lounge at Active Rain
Bartender, Make it a Double
"Whacked"!!!

Chris, great market report for Fort Collins, and sure looks like you are experiencing the low inventory as we are in Denver.

Thanks, Joan!  Yes, it is quite an interesting dilemma!  I've already heard stories of home owners of unlisted properties receiving a door-knock with an agent stating "I've got buyers in my car that want to buy your home - are you interested?"  : )

There is  a lot of good news in Colorado right now!

Glad things are going well in Ft Collins, what a beautiful city!

Thanks, Kevin.  Yes, there is!  Hope things in the Springs are going well for you, too!

Good information Chris.  Thank you.  Can I use some of your hard work when I speak to my buyers and sellers?  Have a great day, Mike.

Chris,  this is a truly amazing market report!  Great job!  I am suggesting this post.

Wow!  Thanks Sharon!  Appreciate the praise (and the suggest)!

Our inventory is picking up a bit here in the Metro Area (Denver) looks like you're still struggling.  Multiple offers aren't fun unless you're the seller and the winning bidder.

Venus - yes, 'struggling' certainly sets the tone for the market paradox we're experiencing!  Thanks for reading! 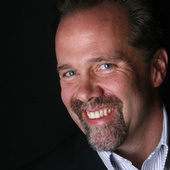