Understanding Hispanics in your Market

Hispanics are members of a very diverse group in terms of socioeconomic positions, religions, racial classifications, and national origins.

Consequently to better understand Hispanics in your Market, you must understand that this is not an easily identified racial group. Using Census terms, Hispanics race can be white, black, Asian,Arabic, National Islander, or any other combination of races. Origin can be viewed as the nationality group, lineage, or country of birth of a person or person's parents or ancestors before their arrival in the United States. People who identify their origin as Spanish, Hispanic, or Latino may be of any race.

Characteristics of Hispanics in your Market

What Constitutes the Hispanic Market?

The Romans named the Iberian Peninsula Hispania, and from there the name of the modern nation of Spain derived. Hispanics in in the United States, therefore, are all those who are descendants from countries conquered or dominated by Spain. These people who trace their origins of the following countries: Of course this includes the people of Puerto Rico and Spain as well. Brazil usually ar not included because of linguistic identity,that is Portuguese language. Nevertheless, Brazilians share backgrounds that characterizes Hispanic countries.

When planning to market services to Hispanic communities it is important to understand the difference between the different socioeconomic backgrounds of the population denominated Hispanic. Those that trace their origins to the elites of Latin America are very different from those who were the working classes in their countries of origin. These are much different from the middle class who immigrated to the United States.

The Elite - Most likely not considered by the Census Bureau

This is a small number, some of them are afraid to live in their countries because of concern of their own security. Others have their primary home in the US, travel back and forth to their countries and live a very affluent life.

The middle classes in Latin America strongly attach to their societies. The do not easily immigrate to the US because they leave behind status, prestige, credentials, licenses, an so on. Most of the time these are professionals that have come to the US due to a government or economic crisis of their country of origin. Those who stay in the US do extremely well. They do well because they had a head start in their country.

The working class is the bulk in the US Hispanic consumer. This is the large contingent characterized by those who come to the US, many illegally, to find a better standard of life. These individuals had very little, or nothing to lose. They came to the country for survival, not luxury. Many times the younger members of the family come to live the  American dream ans send money home, after many years and much .hardship decide to send for their families.

The reality is that these consumers start with little consumer knowledge and evolve into the US consumer society. This segment is where we have a large potential to sell our services.

Well I hope this helps you Understanding Hispanics in your Market, and will allow you to provide a better service to the largest growing minority population in the US.

Now ques where is my national origin? If you have any questions please contact me

Tags:
hispanic market
marketing to hispanics
m understanding hispananics in the us

Sandra:  Very valuable information you offer here.  Thank you.  The Hispanic Community in my Will County/Joliet area is a vibrant and quickly growing community.  And very diverse.  The need for mortgage services has grown dramatically as a result.  I am currently in the process of trying to find a bilingual loan officer to work in tandem with me to better serve my Hispanic Borrowers.  I feel it will better serve them, but also help in making them more comfortable and relaxed throughout the mortgage process.  It's something that I have felt lacking in my own capabilities to serve in an exemplary way and an issue that I need to address.

Your post helps me better understand ... and that helps me be a better Mortgage Lender when extending services to this important community and receiving referrals from my referral partners.  I appreciate that greatly ...

I understand your challenge, I also provide real estate services to the Buffalo/Niagara Hispanic community. The Hispanic consumer is very loyal, once you have gained their trust, through professionalism and cultural sensitivity; they will be your clients FOR LIFE, and refer all family and Friends. I encourage you to invest in printed information, marketing and a bilingual/bi cultural loan officer.

Sandra - Thank you for the very good information about understanding Hispanics in your market.

Is not the study of one group the learning of all. We are all humans and should keep smilin'

Sandra:  Thank you so much for writing back to me in such depth and with such great info.  I too have found what you say to be very true.  My Hispanic clients have been a joy to work with.  I do look forward to working with a new bilingual officer in the very near future.  I think they will bring much to New Lenox/Will County office and be extremely beneficial to our clients ...

I hope you will send any respected contacts my way, should you run into an IL licensed bilingual LO in my area.  Your referral would mean alot ... 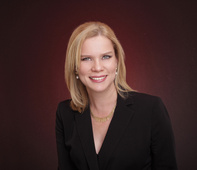