According to a new report from CondoVultures.com, the downtown Fort Lauderdale and Beach condo market could soon be faced with a shortage of units and increasing prices.  Despite a 29% increase in the average resale price of a unit in the first quarter of 2013, the downtown condo market now has less than 6 months of unit inventory available for resale.

The prospect of continued rising prices is possible given the current climate of strengthening rental rates, dwindling inventory and the number of newly-proposed condo towers.  Of the newly proposed South Florida condos, developers have announced nearly 14,350 new condos in Miami-Dade, nearly 2,125 new units in Broward and nearly 2,100 in Palm Beach County, according to CraneSpotters.com.

At Warren Buffett's annual Berkshire Hathaway Meeting, Buffett was ardent that NOW is the time to buy/invest in a single family home. He expects, as many other economists do, that homes will continue to appreciate. This is due to limited inventory, low rates and other market factors. However, he did mention that "flips" are not as attractive as in the last 2 years. He encourages long term holding of these properties.
Another quote from his meeting , "IF YOU EVER WANT TO GET A MORTGAGE, TODAY IS THE DAY TO GET A MORTGAGE." Why? Because borrowing money is cheap at our all-time lowest or close to lowest rates. This is another reason why our affordability index looks great right now. Buffet also suggests long term mortgages of 30 years as compared to 15 year terms. This is due to inflation, and how the value of money goes down over time. A long term fixed rate mortgage will be easier to pay off in the future, taking into consideration, inflation adjusted dollars.

Medianhome prices soared by more than 20% in April for a 5th consecutive month as buyers face strong competition and shrinking inventory.  Broward County’s median rose 22%, according to the Greater Fort Lauderdale Realtors.  Home prices are moving up fast and that’s creating a greater urgency to buy now. One of the biggest factors in this market is a shortage of available homes for sale.  (Sun Sentinel, May 22, 2013).

“In the first quarter of 2013, homeowners’ equity grew by more than $815 billion, reaching its highest level since the first quarter of 2008,” U.S. Department of Housing and Urban Development.  Still, 37% of the mortgaged homes across Palm Beach, Miami-Dade and Broward Counties are underwater and still distressed because the owners don’t have enough equity, according to Zillow.

International investors are accelerating purchases of U.S. commercial real estate as a growing economy and rebounding prices are luring buyers from overseas.  These investors made $7.97 billion in U.S. purchases this year through April, a 25% jump from the same time in 2012 (Real Capital Analytics, Inc.).

The largest demographic tsunami in the history of our nation is scheduled to arrive in the next 2+ decades.  The industry term is “Silver Tsunami” and it is arriving in your neighborhood every day.  Ten thousand people turn 65 daily in the U.S.  Today there are 34+ million Seniors (aged 65+) and by the year 2030 over 70+ million will live in the U.S.  (Added for all the baby boomers!)

What are they saying?

n       Bank of America:  We now expect national home prices to increase to 8% this year.

n       The latest report of the Home Price Expectation Survey, which consists of a nationwide panel of 118 economists, real estate experts and market strategists reveal they project home values to end 2013 up an average of 4.6%.

n       Combined with broader economic indicators, Capital Economics revised its previous forecast of a 5% price gain this year up to 8%.

n       Strong momentum in home prices as well as housing activity gave Morgan Stanley analysts enough confidence to upgrade their home price appreciation projections to roughly 7% (up from 5%) for 2013.

Interest Rates:  The 30-year mortgage rate has increased by over a half point already this year and many believe that the rate will continue to increase.  However, rates should remain below 5% for 2013 (Bankrate.com).

Fear of another Housing Bubble--

The housing recovery has been slow, yet steady—causing some to wonder whether a new housing bubble is forming.  Trulia explains that today’s recovery is still a rebound, not a bubble.  Much of housing was overvalued in the vast majority of the country; however, today, we are no where near the inflated home prices of 2006-2007.

Capital Economics waved off concerns regarding rapid price increases in Miami and Phoenix, noting metros where prices fell the furthest are seeing the biggest gains, and overall, price ‘almost anywhere’ still have a ways to go before reaching ‘bubble-era highs.’

Surprise—not everyone can get a loan today.  And the type of loans that banks were handing out previously (i.e., 5% down, no down payment, interest only payments) are no longer available. Currently, lending standards are still tight!  And appraisers now have to prove their reports with true comparables!

No matter what the national economic data indicates, it only makes sense to buy a home if it fits into your current place in life and future goals.  Can it be a good investment?  Absolutely!  Is it a good time to buy?  Absolutely—we hit bottom and some buyers are feeling they ‘missed out,” but there are still some great opportunities that exist in the real estate market! 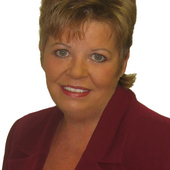