Did You Meet the Property Brothers in Vancouver?

The Property Brothers, Jonathan and Drew Scott of their latest television series ‘Buying & Selling’ took time out of their busy schedule to meet many of their fans at the Fluff Design Studio/Showroom last night in Vancouver BC. The really great thing about Jonathan and Drew having their new series along with their more long-running Property Brothers television show is that it continues to EDUCATE the public in the need for home staging before selling! The more shows out there like this the better for all of us in this real estate business.

Hundreds of people showed up and many were PRES graduate stagers. We all had our photo taken with the boys and their older brother was on site as well.

Some things I learned…

The Scott brothers are actually from Vancouver BC Canada! I wanted to talk with them more but Patti Houston Fluff owner extraordinaire – was busy keeping the line moving. What I did learn was that those properties that sell for $299,000 with a lot are actually in Austin Texas which is why they made no sense to those of us in the Vancouver or Toronto real estate market!

Jonathan and his crew do the work but he said generally it takes about twice that length of time and the price they quote for the job does not include his charges! Drew actually is a realtor but they are 3 very smart brothers who have formed an entertainment company and a real estate company Scott Real Estate. They get to use their acting talents to create a very interesting production of Property Brothers.

Stay tuned for the FALL SEASON of Property Brothers in VANCOUVER working with Fluff Designs furnishings! Can’t wait to see the show.

Dana, these brothers certainly turned their skills into a real successful show. And yes, it just goes to show not all that we see on TV is the whole truth! 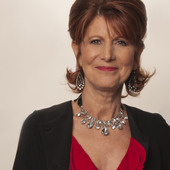 Our blog posts are primarily written to provide education to new home stagers and share information with more seasoned professionals. We focus on marketing strategies and tactics because we know this is what is essential to growing any business. We like to post the odd blog that might be controversial to some, and welcome opinions and open discussion from all Active Rain members and viewers. We are all in a great industry and by keeping our standards professional and high - we become an essential service in the real estate marketing.