He's probably spending today watching one of the golf tournaments on television.  I hear they have some pretty nice recliners where he is.  I also hear the cable reception is much better where he is than any of the available cable "down here."

For much of last night, and much of this morning, I spent quite a bit of time thinking about him.  Actually... I think about him a lot more often than that.

Once again... I found myself on YOU TUBE.  I was listening to some of the songs that were popular in the 1940′s… when my Dad was in his early 20′s and my Mom was two years younger than that.

There were so many great songs there… so many songs that surrounded Dad and Mom… way back then.

I was mostly listening to songs from WW2.

Pop was “over there” when I was born early in 1944.  I have a letter that my Mom sent my Dad… showing him a picture of her holding lil ol’ me… newly born.  How could you tell it was me she was holding?  Well... that little baby was sticking its tongue out... so that about cinches the fact that it was me... LOL.

Almost all of the songs were sung by Vera Lynn.  Two of them were… “You’ll Never Know” (Vera Lynn, 1943) and "When the Lights Go On Again” by Vera Lynn.

They were followed by Ms Lynn… who became Dame Vera Lynn… singing After The Rain, and We’ll Meet Again , and the incredible When I Grow Too Old to Dream.  The list goes on and on and on.  You get the picture.

And then I found an interview with Dame Vera:  Dame Vera Lynn on GMTV.  It was just simply amazing.  You Tube… in many, many ways… almost makes the past “live again.”

All songs celebrated “the troops”… with the fervent hope and intent that they would someday return.

It’s quite ironic.   The older I get, the more my Dad and his memory mean to me… and the more I realize just how much he went through to finally come home to me and my Mom as we waited for him in Cleveland.

Groups:
Bananatude
LATE NIGHT - EARLY MORNING AT ACTIVERAIN
Be The Best In Your Field
Family Ties
EXPRESS WITH WORDS AT ACTIVERAIN

Good Evening, Karen. I am just dropping by to say hello and to see how you are doing. Praying for a speedy recovery!!

Karen Anne - Just dropping by to wish you a speedy recovery. I am praying for you. It was great to talk to you a few weeks ago. Stay strong.

Robert:  I don't know what we as Americans would have done if it weren't for our Fathers' (and Mother's) generation.

My "procedure"... my oral surgery, they tell me it went well.  It was done last Friday, and I have an appointment with them tomorrow, Friday July 26th, for an update.

Mary:  Yes, memories.  And yes, I miss my Dad as well.  I am grateful for your kind thoughts and prayers.

Kay:  I just love your hubby calling you "Mildred."  What a great name for a Mom to have in their generation.  I have known several other "Mildred's" from their generation, but it's a name that has fallen out of favor, I fear.

Rebecca:  Wow... ten siblings.  I bet that is quite a get-together.  I bet you folks could talk forever.  What a blessing.

Kristin:  Those songs have always been a part of my memory base.  My Mom played them all the time back in the forties and fifties when I was growing up.  I was born in 1944.

Recovery for me?  Some days I really wonder.  I have my oral surgery follow-up tomorrow morning at the Oral Surgery Clinic at the hospital.  If they clear me, and if my cardiac surgeon agrees, then it's on to my Aortic Valve Replacement.  Honestly, some days I really, really wonder if I will make it through.

Sherry:  You are welcome.  I really hope folks understand my lack of responding.  I have been so overwhelmed by all of this.

Again... recovering?  It is a major struggle.  Most days I cannot get enough sleep.  I just feel so "drained."  Thank you for your kind thoughts and wishes.  Depending on my appointment tomorrow, my aortic valve surgery should be fairly soon.  It just all depends.

Joni:  I appreciate your prayers.  A speedy recovery?  I am just hoping to recover... period.  And honestly, most days I really wonder.  Thank you again for your kind thoughts.  I wonder.  Do they have a good cardiac hospital in Wasilla?  <silly smile>

Patricia:  I enjoyed talking with you a few weeks ago as well.  A speedy recovery?  Well, right now I will be happy with any sort of recovery my surgeons, nurses and team can bring.  I so appreciate your thoughts and prayers.  I really, really need them.  Take care.

Touching base to see how you are doing and making sure all went well during your surgery.  Our grandson had his big surgery as well and he's now home and in recovery mode.  It left him with a bad attitude which we hope will pass when he comes off many of the medications.  Take care my friend.

Jon in #44:  I think part of the reason some of my blog posts last so long is that my regular readers know that if the topic is right, a dialogue might develop not only between myself and those who comment, but in between themselves as well... which they are encouraged to do.  So... they come back... sometimes after quite a while.

And, this particular post has also turned into a bit of a medical update in itself.

I am sure it is also partially due to the "space" between my posts.  I no longer hustle to get a post completed before the week is up to make sure I get in my allowed ten posts.  I quite doing that about two years ago.  Much less pressure.

Karen Anne - You must be coming up on your August surgery - I had no idea that you were going through such difficult times.   I have been too busy to be on AR as much as i should, and missed it all.  Glad to see your comment tonight, which made me check out your post.  (Which was awesome, by the way!)

Best of luck in the surgery, and I will definitely be checking up on you this time afterwards - so leave some comments for us all!

Dagny, thank you so much for your kind thoughts.  My heart surgery will be on Wednesday, August 14th... and I am absolutely petrified.  I've been finding it very difficult to sleep most nights.  Just thinking about it makes me crazy.  Crazier... actually.  It just saps any energy I have left.  I just love breaking out in tears for no apparent reason at all... LOL.  It is simply exhausting.

I know I am being a big baby about it.  There are so many folks who have much bigger burdens.  I wish I was handling this better.  Again, thanks for your kind thoughts... and glad you enjoyed the post about my Pop.

Note:  Tomorrow, August 14, 2013 is my Aortic Valve Replacement Surgery.  Here is my Medical update.  I must be at the hospital at 6:00am... with surgery to be performed at 7:15am.  They tell me it will take just under five hours.

Last Medical Update Before Surgery Tomorrow, August 14, 2013.... Thank you in advance for reading it.

Karen...I do not even know if you are alive or not...if you are...please come back to AR!!

Thanks for sharing your "pop" story.

I really wish someone could tell us what happened to Karen Anne Stone.  So many people miss her in the Rain.  It would be at least some comfort to know where she is.

Helping to push you over the million points mark Karen!

Wishing you a speedy recovery Karen and your post really resonates for me - I miss my mom but so grateful to have memories.

Here's to putting her over the million mark  I sure hope someone ginds a way to find her.

I very much both you and my father Karen Anne Stone! I hope that you are well and plan to return to us some day!

We miss you too and hope to hear from you again. We are all waiting to hear you are recuperating.

Happy Fathers Day.  I hope you and your family have a blessed day.

Karen Anne Stone This post is a timeless and a true classic. My father passed last year a couple weeks before Father's Day and I read it then wishing I could write something as beautiful about him. Your truly have a gift for writing.

I hope you will reach out one day to let us know how and what you are doing.

You'll be with your Dad on Father's Day in 2017, sitting beside him in a comfy recliner, listening to old songs and remembering wonderful times. 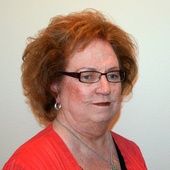