When my wife and I first decided we were going to relocate to Virginia, one of the first thoughts I had was "where am I going to golf?".  My clubs are always with me and I am only a quick change of clothes away from teeing off or spending a couple minutes at the driving range.  In Maryland, I knew all the spots.  I knew exactly where I could go hit a bucket real quick before heading home for the day or letting off some steam during lunch.  North, South East or West I knew where the closest spot was.

Now I get to learn them all over again.

Having already spent plenty of time in Virginia, I knew where a couple spots where.  I've played a round or two at The Crossings in Glen Allen.  I've even spent a Saturday morning teeing off at Hunting Hawk Golf Course in South Anna.  But where were the quick spots to pop in and empty a bucket or two.

So far I have tried two and enjoyed them both.

Most recently I found Windy Hill Sports Complex in Midlothian, right next to my Keller Williams office.  Talk about the perfect location!  I stopped in there the other day and was impressed.  They have 4 different bucket sizes to choose from.  My favorite aspect is that you have the choice of hitting off the mats, or off the grass.  My only complaint is that the yardage markers were few and far between and the range goes straight down hill.  I also saw signs for a chipping green but could not locate it.

The other place I tried was Glen Allen Golf who also has the option of hitting off the grass.  When I arrived, it appeared they were under new management and going through some renovations.  Despite this, they had good options on size of buckets (I took the Jumbo and couldn't finish it) and an upper deck if you like hitting off the roof.

One of the things I've noticed thus far is that there are many more private golf clubs than there are in Maryland.  I hope to find my way on to some of the nicer ones at some point, but in the mean time I'm excited to find the best public courses.

I'm excited to try some of the others as I come across them.  Which have you tried? 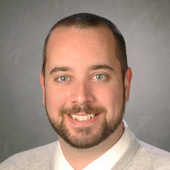