First settled in 1631, Berwick Maine was originally part of Kittery.  During King Williams war in 1690-1691, the village of Berwick was burned and abandoned, not to be resetteled again until 1703.  In 1713, Berwick was incorporated as a town.  Modern day Berwick is not as large as it once was, now that North Berwick, and South Berwick has seperated from it. Still a small town feel, a "border-town", Berwick has approximately 7000 residents.  Berwick is called a border town because of it's close proximity to New Hampshire.  A great commuter friendly location, Berwick is in the South East corner of Maine and is only a quick 35 minute drive North to Portland Maine, and a short 20 minute drive to Portsmouth New Hampshire. For more information on Berwick Maine, or the communities that surround it:

Nice post. Very interesting history. Just wanted to stop by and say thanks for commenting on my blog. 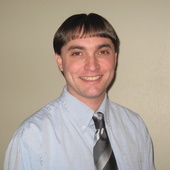 Home Buying over 10 years ago
bookmark_borderbookmark
203k renovation loan; what to look for when buying ...
View more Recent Posts   arrow_forwards